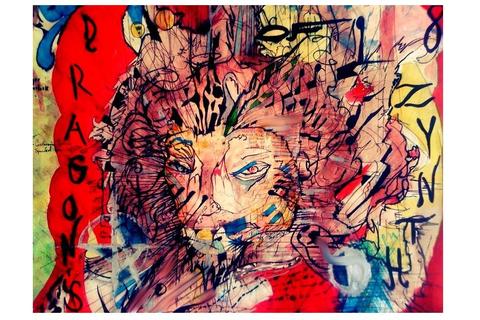 Dragons of Zynth's frontmen, Aku and Akwetey, are twins and were raised in Cleveland, OH. The group first won notice with the demo recording of their first single "War Lover" in 2004. The band gained attention early on for their live show opening for TV on the Radio in 2005 and collaborating with U.K. outfit Massive Attack later that year. Their debut full-length, Coronation Thieves, was released in September 2007 and was produced by David Sitek. In support of the album, D.O.Z. embarked on a multi-national tour with Yeasayer and U.S. dates with poet, musician Saul Williams in 2008. The band has since shared stages with Modest Mouse, Television and The Roots.
In 2010 the band announced a hiatus to record for their follow up LP and pursue independent projects. Aku features on the song Tiger off the debut album of Maximum Balloon. The album by producer David Sitek features contributions by Celebration's Katrina Ford, The Yeah Yeah Yeah's Karen O,and David Byrne.
Making their foray onscreen in 2011 the twins site "getting fitted for their first projects on the same day." Akwetey makes his onscreen debut as a labor striker in season two's Georgia Peaches episode of Boardwalk Empire, and Aku appears as Fast Kid in Lex Sidon's Grand Street (2012). The band is currently in recording sessions for their second full length. The band's sophomore album is expected in 2013.