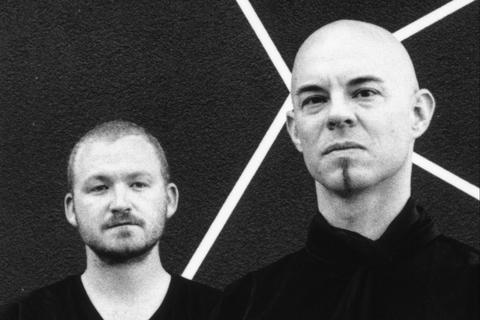 Since the early nineties Zurich composer and pianist Nik Bärtsch
proceeds with the work on his RITUAL GROOVE MUSIC - mostly
with the zen-funk quintet RONIN founded in 2001 together with
Kaspar Rast (drums), Björn Meyer (bass), Andi Pupato (percussion)
and Sha (bass/contrabass clarinet).
In addition to its tours and performances, for six years RONIN has
held a concert every Monday evening at its own club in Zurich -
since 2009 at the club EXIL cofounded by Nik Bärtsch. This longterm
experiment encourages and demands constant musical
evolution – the result of interaction, attentive listening, and
critical, even ironic musical and verbal dialogue. On these Mondays
the musicians eat and play together. In this way RONIN has, over
the years, independently created its own phraseology and
proceeded blithely but consistently on its own path as a sociomusical
organism. At the club also new combinations are
developed, for example the duo with Sha and Nik Bärtsch.
Nik Bärtsch precisely sets down most of the pieces in notation; but
in live performances it becomes, at some point, impossible to tell what is composed, interpreted or improvised.
The musicians have to discover the right tension and the suitable dramatic structure for a piece on the spur of
the moment. The band-organism thus outwits not only the composition, but it self.
In this way RONIN works politely but radical and in the long run on a collective phrasing which cannot be
captured in notation. It can only be gained through training and patience, through mutual respect and interest,
through the ability to resonate with each other.
Then familiar phrases, curious and vivid turns of phrase, webs of ghost notes and rhythmic punch lines will arise
as if by themselves.
Their music consistently follows the same aesthetic vision under various instrumental guises: creating the
maximum effect by minimal means. Despite the multiplicity of the band’s influences, their music always
possesses a strong individuality. They incorporate elements of disparate musical worlds, be they funk, new
classical music or sounds from Japanese ritual music.
However, these forms are never merely juxtaposed in a post-modernist fashion but instead amalgamated into a
coherent new style. Ultimately, these sounds and rhythms are highly idiosyncratic.
The music consists of very few phrases and motives, continually combined and layered in new ways. The group
thus creates a consistent aesthetic across all levels of musical expression. Composition, phrasing, sound
structure, performance, and musical form all combine to form a system of interrelated elements.