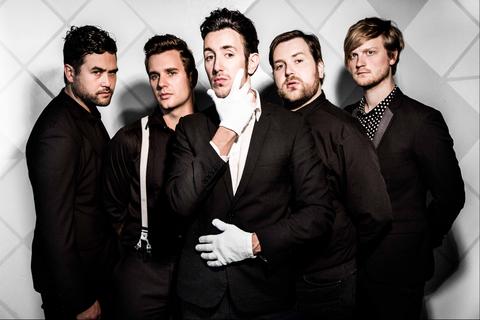 Listen to Look At Me

Vaudeville Smash began with 3 brothers, an intense love of the good music and a desire to the give the kids something they'd never seen or heard. The enigmatic, energetic and all-embracing Melbourne band built their reputation on their wild live shows and unbridled sense of fun.

2011/12 were milestone years for the band, playing St Kilda Festival main stage, the Australian Open Tennis, selling out the Corner Hotel (Melbourne), traveling to the US and South by South West where they were named one of the Buzz bands of the conference by the Huffington Post - they have been invited back in 2013 and will make a welcome return, along side a US and Canadian tour – and having their latest single, ‘Best Night’, added to the Hollister Christmas play list.

They also teamed up with acclaimed producer John Castle (Megan Washington, Bamboos) to work on their debut album, which will be released in early 2013.

“Initially it's difficult to digest the myriad of elements which make Vaudeville Smash so damn good, with a brash, charismatic leading man fronting a crack band of horns, drums, keys and guitar - all culminating in one explosively dynamic package… I'll be damned if the Vaudeville Smash aren't the most mindblowingly refreshing live act to emerge from Melbourne since God-knows when.”
- Lachlan Kanoniuk - Beat Magazine

"Vaudeville Smash are exactly what live music is all about, for God’s sake. If you don’t love them, you’re an idiot."
- Zoe Radas - Beat Magazine

"Vaudeville Smash: perfect soundtrack for a montage in an 80s movie; lead man in red shoes is doin' the classy thing & selling out a Tuesday afternoon show."
- Mark R. Collins - The Huffington Post