T Bird and the Breaks 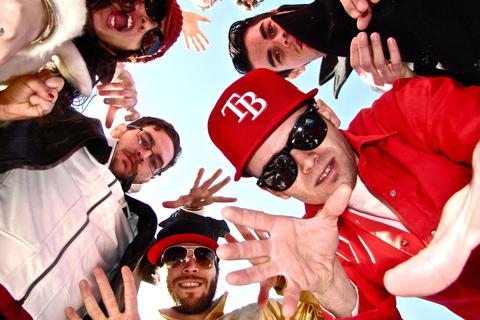 Listen to Somebody Had A Drinking Problem Last Night

T Bird and the Breaks are one of those gangs of people who could have easily banded together to steal hubcaps or hustle you out of your last dollar in a game of street craps. Lucky for all involved, they chose to make music.

The core of this band of musical miscreants consists of Tim Crane on vocals and piano and an unstoppable rhythm section consisting of longtime partner in crime Sammy Patlove on drums and Cody Furr on bass. Johnny “Too Bad” Allison on guitar and vocals add the icing on the red velvet cake.

With a sound that pulls from the origins of hip hop, the alleyways of the Crescent City, the grease and grime of an old-school soul review, and all seven of the deadly sins, the Breaks have developed into a locomotive; slowly pumping across America, leaving crowds drenched with sweat and walking funny the next morning.

By playing show after sold-out show, T Bird and the Breaks have amassed a die-hard following of fans from Texas to the Bird’s home state of Massachusetts to San Francisco and back again.

Currently, the band is hoarding miles of tape — song after song with a new sound — waiting for the moment when the people are ready to hear the sickness that plagues T Bird and the Breaks: chunk music.