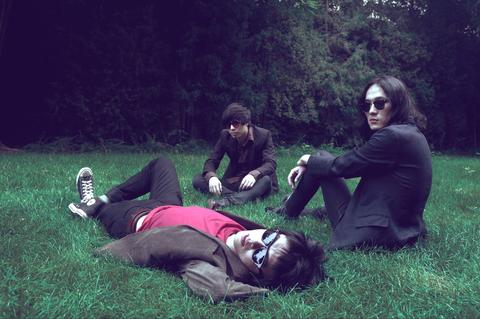 Listen to Love for Life

The Gar was founded in Beijing, China, in 2007 with Zhan Pan on vocals and guitar, Wen Jie on bass, and Wang Xu on drums. In the beginning, they followed conventions, sang in Chinese, and didn’t mess around with form. However, there was something unique about them. The Gar aims to create music that resonates with listeners’ experiences and takes root in their hearts. In every reincarnation of the music scene, there are artists that give voice to the timeless passions of the youth, and in the current setting of Chinese independent music it is The Gar’s music that epitomizes this generation. The Gar has always been loyal to the idea that music should be free and uninhibited. Each of their songs has a thoughtful core of picturesque disorder, but remains eloquently and powerfully melodic. Two years after their eponymous debut release, The Gar has begun to reap critical and societal acclaim. The group has taken their creativity in a new direction with new songs that reign in the coarser and wilder elements to achieve a deeper level of focused power. Eventually, a new bassist, first Hedgehog lead singer Zi Jian and then Hedgehog former bassist Bo Xuan joined the band. Again The Gar stood arrogant on the stage, flaunting their tighter command of the music and more complete understanding of themselves. Understanding the turning of the seasons and the nuances of the night sky’s subtle influences on the soul may be the duty of the Sage, but when it comes to music, notes must be shouted before they can breach the soul. The Gar has changed; the spirit of their music has expanded so that listeners can find themselves in each song. After a hiatus of almost a year, the band announced in December 2011 that they were preparing new songs and brought out their new EP, “The City of Burning Identities” on Maybe Mars Records in September 2012.