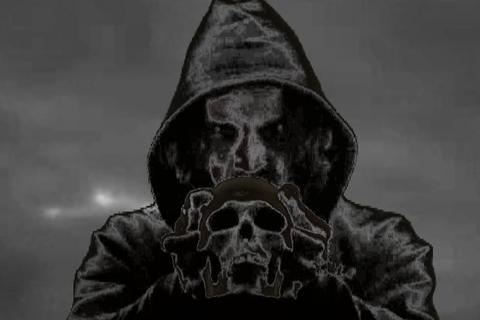 Listen to The Lie

'90's industrial kingpins, Skrew, have stripped off their exoskeleton to reveal an unholy bastion of extreme metal for an Antichrist nation. This angry metal machine is back with more psalms of destruction in a world overwrought with flesh, blood, and technological demons.

The band SPIN magazine dubbed “the future of industrial noise” has metamorphosed into the soundtrack of your own metallic apocalypse. In an age where personal discourse is no longer civil, where obedience is forced upon the masses by the elite few, and nearly everyone’s scars and bruises are flayed out for the whole world to see, Skrew has managed to encapsulate the insanity that has all but become today’s norm.

Led by original founding member, Adam Grossman, and a collective of five intense and angry rogue soldiers, Skrew returns to lead the unwashed masses into an aural revolt against the status quo.

Skrew has already begun reigning chaos on the masses starting with the 2011 SXSW Music Festival. Predicted to be the “hardest band at SXSW” (About.com – Punk Music) and to bring the “serious metal” (MetalSucks), Skrew delivered. The band’s rousing set, (they shared the stage with former Pantera lead singer Philip Anselmo), was a resounding success. Chuck Loesch of 101X’s “No Control” Metal Show dubbed the band’s performance “fierce” and “intense,” while Metal Underground took note that the band’s “aggressive energy got a rise from the packed venue.”

Sure, Skrew had the biggest selling debut album on Metal Blade Records at the time of it's release; was honored with having it’s 1994 release, Dusted, named one of the Top 10 Best Metal Albums by Guitar Player magazine; had its song, “She Said” on the Grammy Awards shortlist for Best Metal single in 1996; Skrew is now the definitive version of what founder Adam Grossman always envisioned.

Fabryka Magazine’s editor Katarzyna “NINa” Gornisiewicz described it perfectly when she declared, “the new Skrew is like a Molotov cocktail of powerful vibes and revolted spirits.”