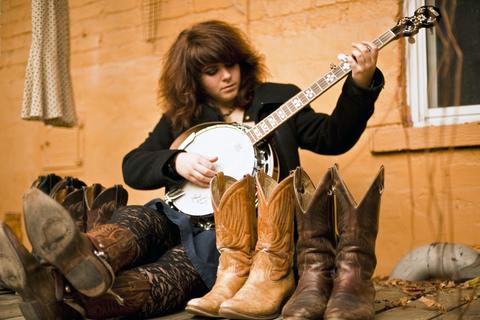 Winner of the 2010 Festival de la Chanson de Granby, Lisa LeBlanc, Acadian who composed her first pieces in 2007, comes from a family of music lovers. Outstanding guitarist and a promising singer-songwriter, Lisa LeBlanc has also played at numerous festivals. Exposing her true show-womanship, this young artist has already played over 280 shows in Canada and Europe, including the FMEAT, Coup de coeur francophone, FrancoFolies of Montreal, the Festival d'Été de Québec, Francofolies de La Rochelle and Les Francofolies de Spa to name a few.

Her debut self-title certified gold album was mainly written from the heart of Rosaireville, her native village of 40 people in New Brunswick, in Granby during her studies at l'École nationale de la chanson as well as in Montreal, where she has been living since 2011. Lisa LeBlanc's irresistible charm is the result of her unique and original style that she describes as folk-trash mixed with her lyrics that can make people laugh as much as destabilize them!