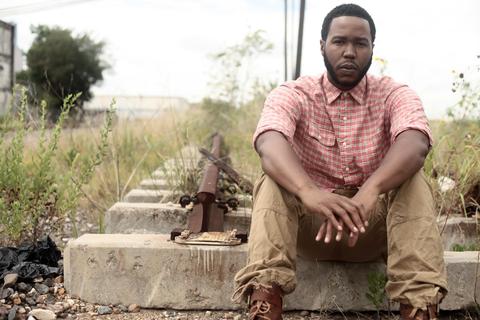 Listen to I Am Legend

The success of regional Hip-Hop is only as strong as the sum of its parts. For Houston, Texas the reputation of its rappers slants in favor of pimped out rhymes in the name of the late DJ Screw. For Dustin Prestige, his mission rests not on changing the face of Houston emcees, rather diversifying it.

The early days of Dustin Prestige’s career were spent traveling H-Town’s indie rap circuit, luring fans in with his new breed of punchy, genre-bending rhymes he likes to refer to as “quirky intellectual”. Raised on a healthy diet of Slick Rick, Big Daddy Kane and Stone Temple Pilots, Dustin learned early on that music was multi-faceted and honing his skills would involve a variety of influences. “I liked what Rock N’Roll was able to do musically,” he explains. “There’s a different thought process behind it. Whereas with Hip-Hop, you don’t have to really think too much about the musical arrangement of it. You get a track – rap over it, say something that’s honest and introspective, but at the same time have a style to it.”

Starting out as a producer, Dustin and high school friend Jett I. Masstyr began making music together after graduation. The gravitational pull toward writing led Dustin to put down the MPC and focus fully on crafting rhymes. While in college, he penned several rhymes over the years in school…and there were many of them. “I enjoyed college to the ultimate degree,” he jokes. Upon graduation, he reconnected with Jett I. Masstyr who was part of the indie rap renaissance happening in Houston thanks to artists like himself and Hollywood Floss. Dustin dropped The Prestige EP in 2008, comprised mainly of “youthful angst” as he puts it – yet still paying homage to the architects of Houston Hip-Hop that preceded him. A year later he continued that progression with Houston Presto Vol. 1, which showcased Dustin’s rhymes over popular Houston rappers’ beats. He then dropped Houston Presto Vol. 2: The Playoffs, an arguably tighter, more evolved work, with major blogs like Rap Radar receiving the young emcee well.

Yet Dustin was still unsure which direction in music he was traveling. He took the next few years to reflect while still making music recreationally. “Life caught up with me,” he admits. “I went back to school to pursue my PhD and start my own company and all that other kind of stuff and didn’t have the time to get back into the music until I could reach that level where I could let myself breathe.”

Earlier this year, Dustin linked back with Jett I. Masstyr along with producer Chris Rockaway to create his career-changing project The Kelly & Jessie EP. This work fused all of the genres Dustin was aiming to focus on, while at the same time remaining devoted to the true school Hip-Hop he was born to craft. The work weaves Rock, R&B and Rap together in a way that not too many can accomplish successfully. “When I started rapping, I knew I wanted there to be a melody to it,” Dustin explains. “Melodies stick with people.” There is even an entirely Rock track titled “Army Of Me”. “I’ve had more responses from that track than anything else I’ve done,” he says.

The title and premise of the EP is a nod to ‘80s-‘90s sitcom Saved By the Bell, the ultimate Pop culture reference from Dustin who is admittedly a Pop culture junkie. “Who can’t identify with Saved by the Bell?” he asks. “If you were born anywhere near the ‘80s you wanted to be Zack or Slater if you were a dude or you wanted to be Kelly or Jessie or Lisa if you were a girl. That show taught you what was cool before you even knew what cool was.” Like multiple episodes of Saved By the Bell, Dustin was involved in a “Kelly & Jessie” love triangle at the time. “Life imitates art, you could say,” he jokes. While he chose neither girl in the end (“It was a draw,” he explains) the fodder led to that project, which garnered critical acclaim. The Houston Press referred to Dustin as “unintentionally enigmatic” and called the work “springy and wiry and ambitious and generally indicative of the talent that had everybody clamoring for more Prestige when he first popped.” His notoriety spread like wildfire, and Dustin is geared for the next round in his career. Two other projects – To Lisa, With Love and Black Zack Morris will complete the Saved By the Bell-themed trilogy.

Dustin-Prestige’s latest LP Plaid is a fully engrossing work, Prestige harnesses every pimptastic moment that made The Kelly & Jessie EP enjoyable and amplifies it to much heavier volume. Jack Freeman, B. Hardy & Blaze Burna all find themselves rocking the same particular pattern as Presto, more than welcome to piece together a tape that could not only knock for true fans but newcomers just now catching on. He seamlessly glides across different musical genres and in his words "when you can piece together so many different sounds and thought to make them 1 cohesive work of art… you have plaid".

With a mentor like Killer Mike and Houston, Texas in his hands, Dustin Prestige still makes his motive very clear. “I want to make music that people can feel,” he states. “The kind of timeless music that you want to listen to over and over again.”