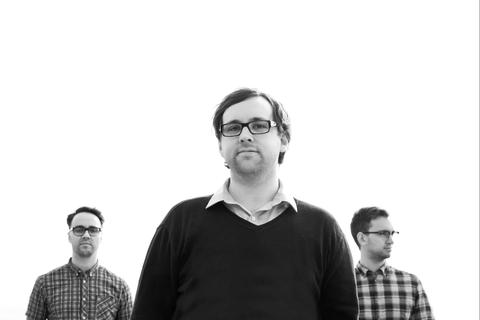 Listen to There All The Time Without You

Fueled by a summer spent living in the Lower East Side of Manhattan, far removed from the insular peninsula of Halifax, KESTRELS' guitarist/vocalist Chad Peck wrote a record that thoroughly mines out concepts of nostalgia and memory. Recorded in various bursts of activity over 2010 and 2011 along with an updated mix of live staple “The Light” from The Solipsist EP (Noyes Records, 2010), lyrically, the album answers a question posed in Jean Baudrillard's essay from The Vital Illusion: “Is a ghost history, a spectral history, still a history?” Where KESTRELS’ debut LP Primary Colours (Noyes Records, 2009) was a relatively safe sonic affair, their sophomore full length A Ghost History, their first for revered Canadian independent label Sonic Unyon Records, ups the ante considerably. Self-producing the record to ensure it met their own standards, sometimes refining and re-recording songs multiple times over the year (album closer “The Past Rests” was tracked 23 times in four different recording sessions) until everyone was satisfied).

The results jump out of the speakers — from the opening drone and washed-out guitar of “Drowning Girl”, the screeching crescendos of “The Field Where I Died”, and to the alien lines all over the first single “There All The Time Without You”. Even Tim Wheeler of Irish band Ash, the teenage hero of Peck's who struck up a friendship with Peck backstage at an Ash show in 2003, drops by to guest on album standout “Dumb Angel”, featuring Wheeler’s inimitable guitar style front and center. Blending earnest lyrics & an endearing sense of melody with an updated take on 90's indie rock guitar histrionics, and now based in Halifax, Toronto and Montreal, KESTRELS' A Ghost History delivers on the promises made on the early releases by the band.