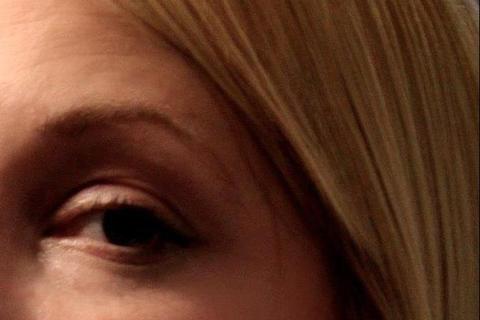 the reverend  KATHY RUSSELL
is one of the most loved and long standing bad-ass dj's Texas has to offer.

Since her early youth Kathy has been grinding out hi-octane drum and bass sets that have obliterated dancefloors all over America. Hailing from Austin, she got her start doing an ambient show called "Rainbow Freestyle" on KVRX 91.7 radio in 1995.

Within weeks she began getting booked at chill rooms and raves, with bootleg mixtapes of the show reaching as far as New York and London. One year later she founded to the now-infamous *Ambient Camping series - all night outdoor camping events where dj's and musicians play ambient and downtempo. To date this series is still going strong, with die-hard members, and new lifers coming from all over the U.S. to experience what the Reverend and Ambient Campers have established to enjoy.

A few years back Kathy performed a live dNb set at this very venue with eVL_e and his customizable hybrid of analog, & digital kicks n' snares that left the bar staff, audience and everyone within line of sight so impressed that an unexpected autograph session ensued after their set.

Check her mix skills out on Soundcloud and do come see the Rev go at it with special guest CAELUM from Los Angeles, a formidable dNb force of nature and sure-fire pick for the throngs of junglists making their way to Austin to represent the stateside drum and bass movement ready to reclaim its crown as the actual predecessor to dubstep.

CAELUM
was introduced to jungle music in early 1997 while living in Costa Mesa, Ca. It was only a short drive to Los Angeles, where there was a strong community of artists performing at raves and undergrounds. He quickly earned a residency with the Los Angles DnB crew, Wreck-Ignition in 1999, and also made his first massive debut that year at B3 Cande’s, How Sweet It Is.

With internet radio starting up, Caelum became co-host of Junglescene Radio with ZERO1. In 2012, Caelum looked back at a busy 2011 with a residency at Sanctum, and one off gigs at Nentech Records 10 Year Anniversary, Breakbeat BBQ, Digital Roots Radio, Futurebound Radio and many more.

After performing a no-rehearsal set in Long Beach, CA's ELECTRIC VAUDEVILLE REVUE he dove into original production ideas with drummer eVL_e. Caelum has not only grown as DJ, but as a promising Drum ‘n’ Bass recording artist. His mixing is fluid with an aggressive selection that is sure to get the dance floor moving.

Check some of his skills on this recent mix:
http://www.mixcloud.com/djcaelum/insomniacs-on-cue-dj-competition-dj-caelum-drum-n-bass/