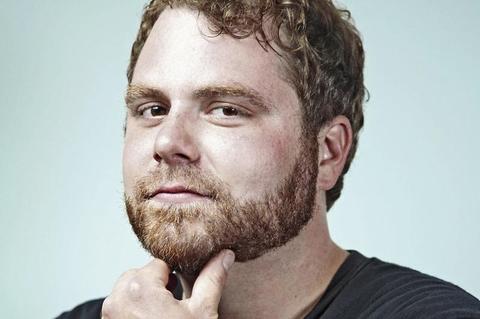 Peterson started playing piano after getting inspired by an old Punky Brewster episode. After taking a few years of lessons at a very early age, he picked up a neighborhood friends guitar and fell in love immediately.

In high school, after playing in a few punk/hardcore/metal bands Elliott went to college away from all his band mates and started producing electronic music for fun.

For years, he tried to find the perfect blend between Electronic music and Guitar Rock. The Very Angry Scientist is the result of those years of trial and error.

His productions received a spotlight on the Scion Sampler CD V.30 in 2010, with his track ìCity of Carsî (featuring Kemst), as well as a remix by Von D (France). Peterson boasts a massive  solo track list and has officially remixed works by Kraddy, Plastician & Juakali, Nomad, Trill Bass, Pyroaster and Atlantic Connection. *  Winning airplay and support from Mary Anne Hobbs, Noah D, Atlantic Connection, and Matty G – and praised by Knowledge Magazine as a ìTop Albumî in bass music (August 2011) Peterson has been suitably diagnosed as "the mad scientist of drum arrangements", blending together experimental drum funk with elements of jungle, breakbeat, and early dubstep – all polished by an intrinsic editing style in and of its own.

In 2007, he made his debut as opener for Kode 9 at one of Pure Filth’s earliest shows, taking place during the freshest days of the West Coast sub-bass movement. Revealing a swift, brain-rattling style that complimented (but far stood out from) the deep and dark UK dubstep arousing the States at the time, Peterson captured an instant West Coast following. That same year, he was signed to Steps in Time (one of LA’s first dubstep labels), and had three tracks featured on Standard Films: Catch the Vapors.

SATURDAY NIGHT of SXSW March 16th
If you can tear yourself away from the excitement and familiar band hype and want to witness what many are regarding as the next-phases of festival headliners, earlier than early arrival is recommended as the event is expected to reach venue capacity by mid set of the first act kicking things off at 8pm sharp.

VERY ANGRY SCIENTIST performs at 11pm until the bell tollls at midnight at which time KLOAK and his support hybrid will take the party to the next galaxy.

LOCATION:
AVENUE on CONGRESS
across the street from the Frost Bank Tower
408 Congress Ave (not S. Congress, else you'll miss this show)