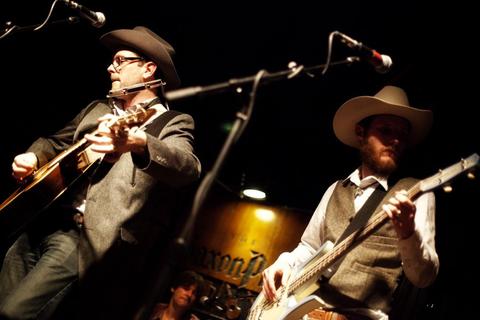 Best known for their wildly popular viral video series, “Guy On A Buffalo,” The Possum Posse has also made a name for themselves as one of the most entertaining, engaging, and unique acts around.

With the 2013 release of “Let’s Ride, Boys! (On the Importance of Commas),” Austin-based sardonic honky-tonk bluegrass band, The Possum Posse, makes their full-length studio debut. The album was produced by Cody Braun of Reckless Kelly, and recorded in Ray Benson’s Bismeaux Studio.