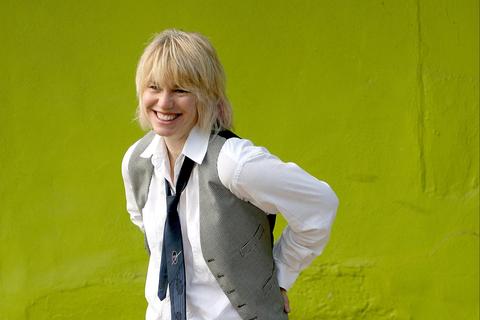 Listen to Trouble With Boxes

"Tuneful, clever and carefully observed, Sara Hickman's material has all the strengths expected of a contemporary Texas songwriter, plus one more - whimsy..." - Rolling Stone

Sara Hickman's greatest joy is bringing together an audience. Whether captivating them with only a guitar and her beautiful voice or bringing down the house with her backing band, her live shows are upbeat and fun while taking listeners through a full spectrum of emotions. Not many songwriters can take you on such an intense journey, but Sara executes this with grace. Sara has been writing music since she got her first guitar at age seven, and she's never stopped. Her live performances draw from her rich catalog spanning a dozen albums and feature new songs from SHINE, her upcoming spring 2013 release on Kirtland Records.

Sara's songs have been covered by Willie Nelson, Shawn Colvin, Robert Earl Keen, The Flatlanders, Rhett Miller, Edie Brickell and New Bohemians, and Marcia Ball. In 2010 Sara served as the Official State Musician of Texas, preceded by Willie Nelson, 2009, and followed by Lyle Lovett in 2011. She has been a guest performer on at least 25 albums by other musicians. She had a #3 adult contemporary hit, "I Couldn't Help Myself", has twice been a guest of NBC's The Tonight Show, hosted her own VH-1 special, produced an independent video, Joy, that won first place in the USA Film Festival, and co-produced a PBS documentary titled Take It Like A Man. Hickman also performed a song by Martika for the soundtrack to the film, Arachnophobia. She has both appeared in and sung for national ad campaigns for Wal-Mart, Popeyes, Daisy Sour Cream, Southwest Airlines, Fannie Mae and others. She has toured with Billy Bragg, Nanci Griffith and Dan Fogelberg, and opened for everyone from Lucinda Williams to John Hiatt to the Decemberists.

"Cut to the chase - Sara Hickman. Genius. Not only is she a singer-songwriter par excellence, but she possesses a self-confidence and empowerment unheard of for a creative artist in this industry." - The Maverick Report

"...seek out her albums and club shows for her melodic sense, excellent guitar playing, rich voice and mix of sunny optimism with heartache..." - Associated Press