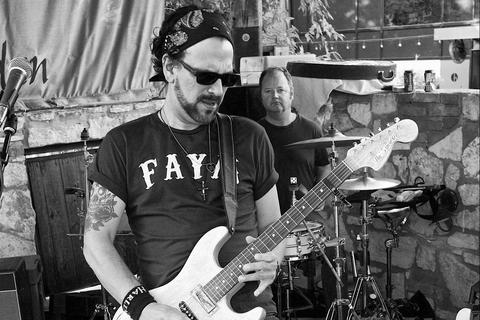 The Leavers are an original roots-rock/Americana band from South Austin, Texas.

Founded in 2012 by singer/songwriter Steven Ray Will after being asked to fill a Monday night residency at South Austin’s iconic Saxon Pub, the band’s initial incarnations included Steven and his friends/favorite musicians performing covers along with Will’s original songs. After solidifying a permanent lineup, refining their sound, and loyal fan base, The Leavers entered the studio to record their debut full-length cd, Once Upon A Time...

The Leavers’ band members are no strangers to the Austin music scene. Before joining the band, they played sidemen to many of Austin's most important Americana artists, including Alejandro Escovedo, Jon Dee Graham, Charlie Sexton, Will Sexton, Charlie Robison, Robert Earl Keen, Bruce Robison, and Kelly Willis, among others.

The Leavers still hold a residency at the Saxon Pub every Monday evening. Songs from their cd, Once Upon A Time… can be heard at www.TheLeavers.com.