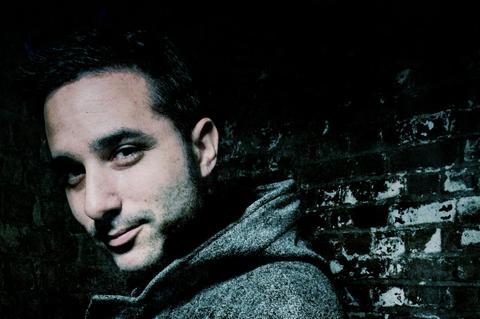 “Q-bert is universally acknowledged as the best scratcher in the world,” says DJ Yoda – AKA Duncan Beiny - undoubtedly also at the top of that field, “I remember cutting out this interview with Q-bert from an American rap magazine when I was 16 and sticking it on my wall because there was this quote where he said, ‘Just give me any record and I’ll flip it, I’ll do something cool with it. Whether it’s opera or a kids’ record, throw it my way and I’ll make something.’ That stuck in my head.”

It certainly did. Yoda has built a sterling reputation for taking the skills and disciplines of hip hop and pushing them into brand new pastures, notably in his groundbreaking VJ shows and his ‘How To Cut And Paste’ mix CD series which includes editions devoted to country & western, ‘80s pop and ’30 swing. He eagerly applies the same principles to his second studio album ‘Chop Suey’ where he moves wholeheartedly into songwriting, while never sacrificing the hip hop wit his fans relish.

“The chop suey dish was about Chinese immigrants in the States trying to recreate their food out of whatever was available,” he explains, “The ingredients are basically whatever you have to hand which coincided with my thoughts about hip hop. I use found records, samples, vocalists I have access too, whatever I can to make something new.”

Yoda has been involved in the past with everything from a percussion project with Dame Evelyn Glennie to the avant-classical Concerto for Turntables & Orchestra with composer Gabriel Prokoviev. Now he rallies the widest array of talent for his new album; cutting edge mic masters from both sides of the Atlantic (Action Bronson, Sway, Man Like Me, Roots Manuva, Virus Syndicate) classic hip hop faces (Greg Nice, M.O.P.), retro pop stars (Boy George, Kid Creole), poets (Scroobius Pip) and even ‘Police Academy’ voice effects king Michael Winslow. The whole thing is topped off with mischievous surreal humour, following in the tradition of Yoda’s heroes Steinski and Coldcut, rather than modern hip hop’s tendency towards po-faced ego and machismo.

“I like happy stuff,” he laughs, “I’d rather watch a DJ do something funny and, ultimately, even silly than something moody and depressing because that’s not my idea of a Friday night’s fun.”

Yoda’s parents were in the music biz. His dad managed Eddie Grant, Sinitta and Annie Lennox’s pre-Eurythmics outfit, The Tourists, and kept his record collection in young Duncan Beiny’s bedroom. Drawn to hip hop, by the time he left university, he had developed extraordinary turntable skills and by 2001 was DMC’s Scratch DJ of the Year. He has applied this in all manner of unlikely areas, this year touring the festivals with London’s 14 piece Trans-Siberian March Band to create more groundbreaking performances.
“We worked out this show of classic hip hop stuff and mixed it in with visuals,” he enthuses, “It really gelled. One of tracks I’m most proud of on the album is ‘Barrier’, the one with them, because I don’t think there’s anything out there that sounds like a mix of Balkan brass with grime and UK bass.”

There is undoubtedly not a lot out there like much else on the album. Boy George is on hand for deliciously poppy lead single ‘Happy’ (“I heard George’s cover of Lana Del Rey’s ‘Video Games’ and thought ‘Oh my God, George’s voice is incredible’.”), M.O.P. provide hefty aggressive punch on ‘Scream’’ (“This is surely the first record ever that’s featured both Boy George and M.O.P. - I love that!”), Scroobius Pip runs through an exhaustive history of ‘80s computer games on ‘Sega RIP’ (“When I was 16-17, getting into DJing, I was playing Out Run at the arcades, playing Tetris, getting all the Commodore 64 magazines, so this really is the nerdiest hip hop song ever”), or how about Greg Nice of golden age hip hop outfit Nice & Smooth partying it up on ‘Charlie Sheen’ (“Nice & Smooth were always the best at coming up with their own slang – one of their albums even had a dictionary in the liner notes – and this is Greg’s way of saying, ‘Go apeshit!’ - go Charlie Sheen.”

One of the songs Yoda is most proud of is ‘Big Trouble in Little China’ which features startling New York-Albanian rapping chef Action Bronson alongside the fearsome lung power of Brit soul belter Alice Russell – “After he’d been spitting his lyrics over a loop it sounded like a classic Wu Tang track but I wanted more, a melody, a hook, a proper singer, so that was my first ever bit of songwriting.”

It undoubtedly won’t be his last. DJ Yoda’s album may have had its genesis in the world of samples and loops but with ‘Chop Suey’ he has blossomed into an artist of a different calibre. He can tour the globe, from Kenya to Dubai, and his video shows - rescoring ‘80s teen cult flicks such as ‘The Goonies’ or his own audio-visual extravaganzas are spectacular - but now he’s truly found his feet as a producer too.

“I can’t believe it took me so long to get this second collection together,” he admits, “but I’ve learnt a lot. When hip hop started they used all their influences, anything that was available, they plugged turntables into street lights to get power, they raided their parents’ record collections, anything that was around. I think I’ve run with that idea. I’m also a bit of perfectionist when it comes to production which I’m not with my DJ mixes, so this is on a whole different level than anything I’ve done before.”

One listen to ‘Chop Suey’, as radio-friendly as it is club-friendly, proves that.