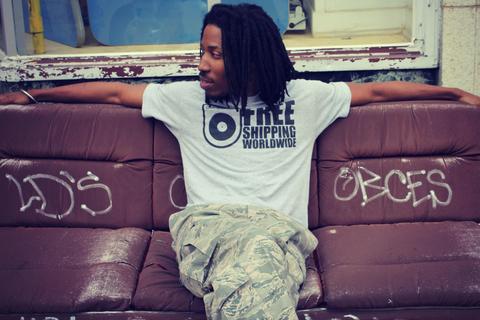 Dwight Conroy Farrell, internationally known by the stage name Count Bass D, is a recording artist, songwriter and instrumentalist. He is considered to be a legend on the Akai MPC series drum machines. His production style is mainly sample based, complemented with live instrumentation and eccentric lyrics. He has worked with many notable artists including MF DOOM, Victor Wooten and Van Hunt.
Count learned to play instruments his father’s church growing up. Meanwhile, he fell in love with Hip Hop and honed his skills while hanging out with neighborhood friends. After attending a boarding school in Pennsylvania, he enrolled at Middle Tennessee State University to finish a demo tape.
A few years later he released his first album Pre-Life Crisis in 1995 through Sony Music Distribution. Next was his album Art For Sale in 1998 on Spongebath Records.
After a couple of 12 inch singles, Count decided to make a more Hip Hop themed album and released his third and widely acclaimed studio album, Dwight Spitz. In 2004, Count Bass D produced and guest appeared on “Potholderz” for MF DOOM’s MM FOOD album. In 2005, he released BEGBORROWSTEEL on his own imprint CountBassD.com. Act Your Waist Size was released next on Fat Beats Records in 2006 then in 2008, a sequel to Pre-Life Crisis, called L7 (Mid-Life Crisis) came out on 1320 Records (STS9). Since 2008, Count has stayed dedicated to his craft by releasing nearly twenty additional projects.