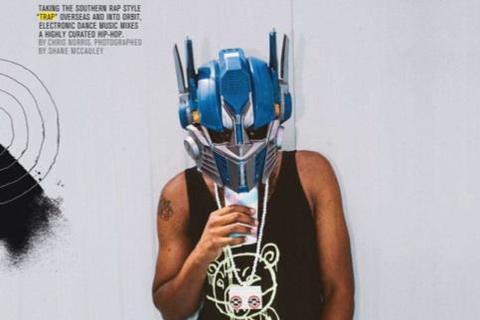 Brooklyn born DJ and producer SicksentZ isn't exactly surprised by today's explosion of hiphop and edm into the forefront. An always left-thinking product of two DJ parents, his musical diversity is evident in his personal releases, which are equally influenced by groove and bass driven EDM and gritty NY Hip-Hop. A fan of unconventional expression, SicksentZ has released everything from live instrumental hip-hop albums, to a series of unconventional remixes of popular works that he calls "Hacks".

A masked tastemaker of the NY EDM and Hip-Hop scene, SicksentZ has produced or remixed for Danny Brown, G-Side, Clockwork, and Lakutis. He is also the in-house producer and DJ for Universal Music Group signee Mr. MFN eXquire, an artist he's spent the last 5 years helping break.

As a DJ, 2012 marked his busiest year, participating in national tours with El-P, Killer Mike, and Smoke Dza. In addition, he has graced stages at the Mad Decent Block Party, the Roots Picnic, Pacha NYC, SXSW, and Hardfest LA. His latest mix comes courtesy of the Fools Gold Foolcast, an iTunes released series that features some of the biggest names in the EDM and HipHop world. He has currently began partnering with Dubspot, a New York based DJ and Production school focusing on electronic music.