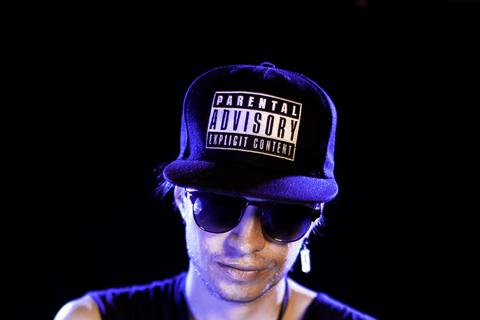 Originally hailing from Denver, Colorado, Pictureplane (real name Travis Egedy) was a driving force in making the city one of the most influential DIY towns in the world; thanks in large part to Pictureplane's legendary shows at his former Denver home Rhinoceropolis, his raging club night, "Real is a Feeling", and his constant stream of mixtapes and remixes. In 2012 he moved to Brooklyn, NY and quickly established himself as one of the figureheads of a revitalized electronic/punk scene. Egedy's growing influence can be felt in ways that are both trivial -- Egedy coined the ridiculous genre term "Witch House" in 2009 -- and significant: Pictureplane's punk rock-like approach to the production and dissemination of his work is democratizing electronic music the same way the Ramones, Minor Threat, and Black Flag liberated rock music in the 70s and 80s.

Produced and recorded by Egedy and mixed/co-produced by Jupiter Keyes of HEALTH, his 2011 record Thee Physical is a celebration of human touch in a digital world. The album is also unquestionably Pictureplane's best and most assured record to date: his vocals are confident and unnervingly sexy, the instrumentation is at once both purely electronic and surprisingly human. Pictureplane has managed to make electronic music deeply emotive--a synthesis of the human and the machine both in lyrics and sound.

"Pictureplane, a one-man knob-twiddler...might succeed where many others have failed: making shiny, thumping, ecstasy-appropriate dance music palatable to indie fans whose comfort with electronic jams extends about as far as Hot Chip or Girl Talk."
- ONION A/V CLUB

"Colorado art-guy Pictureplane packs a ridiculous amount of contagious energy into this club ready debut. This is music for a new-age junkyard rave: stinky, sweaty, and way too much fun."
- TOKION