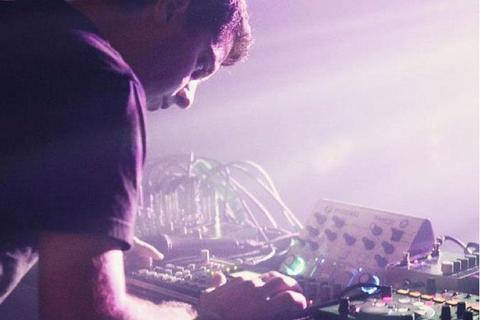 In the basement of the New York Recording & Rehearsal Arts Building, a space affectionately known as “The Music Building” by the thousands of artists that have rehearsed and recorded here since the 70s, is Butcha Sound Studios. This laboratory is filled with both vintage analog equipment and the latest in recording technology. At the helm of the spaceship-like console is analog guru Phil Moffa. On stage, he performs with an all-hardware setup, with samples and effects creating the soundbed for his own brand of electronic music. Moffa is an educator at the Conservatory Of Music at Purchase College and music editor of Glasschord Magazine.

Last year, Butcha Sound Studios handled recording, mixing and mastering projects for Kool Keith, Ultramagnetic MCs, The Martinez Brothers, and collaborations with DJ Spider and Anthony Parasole. The Atlantic Ave. EP made with Parasole was named the #13 electronic music track of 2012 by Spin Magazine. Ryan Keeling, editor-in-chief of Resident Advisor said of the production, “I don’t think I heard a greater volume of sub content on a single record this year. It’s like, how did you get this much bass on a record?”

In February 2013, DJ Spider and Phil Moffa are releasing the vinyl-only collaborative “Night Gallery EP” on Sublevel Sounds. Following that will be the “Korgy EP” with Paul Raffaele on Alixander III’s Idol Hanse imprint. Moffa & Raffaele will be performing at Silhouette in Austin, TX on Saturday March 16th as part of an official SXSW showcase.