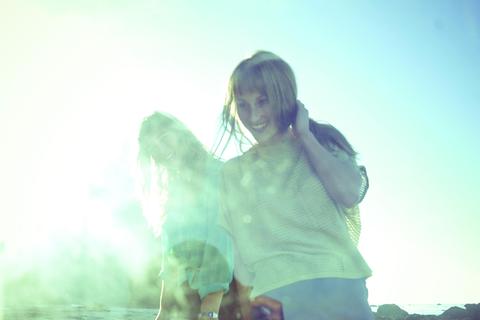 Named one of the “Best New Seattle Bands” by Seattle Magazine, Lemolo is a dream-pop duo comprised of Poulsbo natives Meagan Grandall and Kendra Cox. Creating what Seattle Weekly calls the “most promising expansions on the pretty sounds that have dominated the local zeitgeist.” The energy these two produce live is a “force to be reckoned with,” according to Three Imaginary Girls, and Sound on the Sound adds that Lemolo leaves the listener “aching for more.” Along with receiving generous reviews for their album and live shows, the duo has opened for Sharon Van Etten and Allen Stone, toured with The Head and the Heart, performed at Capitol Hill Block Party, City Arts, Music Fest NW, Bumbershoot and the Dave Matthews Band Caravan Festival, performed on KEXP 90.3 FM and sold out their album release show in only eleven hours. Lemolo released their debut full length album, The Kaleidoscope, in July, and it has already received many praises from blogs and various news sources throughout the Pacific Northwest.