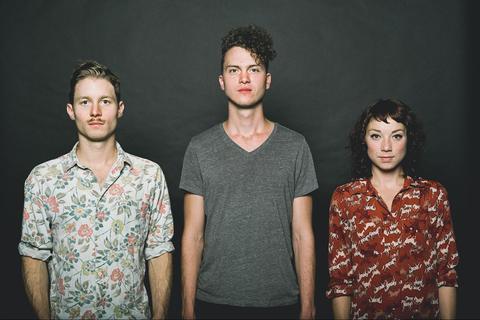 Listen to She Moves

If it wasn't for your dreary days we may never have holed up in a basement to record these two new songs. We present to you She Moves, our antidote to the months of gloom you wreak on Portland. Call us escapists, but we need to write tunes that summon sweat and sun burns. Maybe that's why we nerded out on African music with our last record Heat Waves. But we can't ignore your influence now, winter. These new tracks pine for the care-free bliss of an endless summer in the middle of the dank Pacific NW haze. Our upcoming tour to SXSW will take us to lands where you don't exist. But without you, winter, our songs wouldn't be so sunny. So thanks for that.

BRAINSTORM's new single "She Moves" was released digitally on February 26 via Tender Loving Empire just before the band's tour to SXSW, which will also include stops at the Noise Pop, Neon Reverb, 35 Denton and Treefort Music Festivals. The single follows up the band's critically acclaimed album Heat Waves which was released this fall. The single's A-side, "She Moves," premiered on this week's episode of NPR's All Songs Considered. She Moves is a scuzzy, dreamlike pop song, showcasing BRAINSTORM's signature sound: barreling drums, technicolor guitar stabs, and infectious vocal melodies.