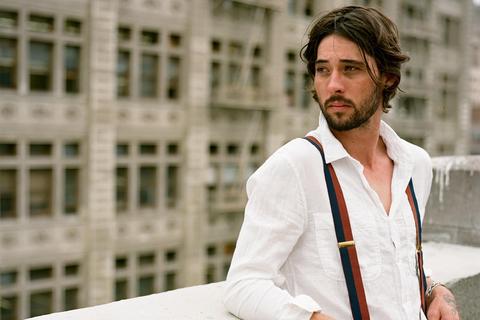 Ryan Bingham is an Oscar-winning singer/songwriter, born in New Mexico but raised all across the Southwestern United States. Bingham set out on his own at a young age, shuffling from town to town and performing gigs at local no-frills bars. It’s this spirit of having done plenty of living early on, that has informed the singer- songwriters world-weary and jagged, weather-beaten vocals.

In 2010 Bingham’s song “The Weary Kind” for the Crazy Heart Soundtrack earned him a Grammy, Oscar, Golden Globe and Americana Artist of the Year Award and led to his collaboration with T Bone Burnett, who produced his third studio album Junky Star (2010, Lost Highway Records/UMG.) Junky Star received rave reviews from critics and fans alike, saying “Ryan Bingham’s songs will still be around long after the Oscar Glow is gone. This dude is writing for the ages.” “The most authentic-sounding troubadour in ages.” “Another strong collection of tough, dark Americana ballads.”

In early 2012, Bingham decided to move on from Lost Highway Records/UMG to start his own Axster Bingham Records with wife Anna Axster. Together with co-producer Justin Stanley (Eric Clapton, Sheryl Crow), Bingham recorded his fourth studio album Tomorrowland at a makeshift studio in a friend’s empty house in Malibu, Calif. Tomorrowland contains plenty of the pliant acoustic guitar work that has marked Bingham’s previous studio sets, but the album expands his musical landscape exponentially, adding Guitar howls into keyboards and drum stomps against strings, all bolstered by Bingham’s familiar, raspy voice.

In 2013 Bingham will be touring the US and Europe in support of his new album Tomorrowland in which “Bingham’s gritty vocals are as cathartic as ever and his songs are sparkling with rocking riffs and big chords. The one-time pro rodeo rider turned Texas troubadour has blues, country, and Americana influences that are certainly still there. But at his core, Bingham has always been a rock ‘n’ roller and Tomorrowland features him rocking at his best.”