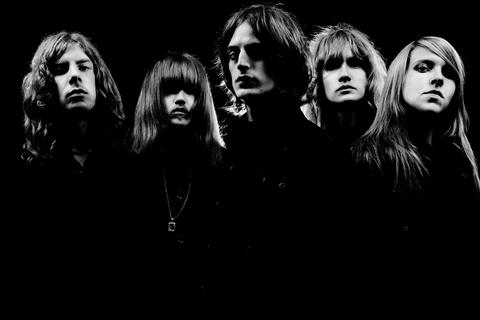 TOY is a Korg Delta led five-piece formed in 2010. It consists of Tom Dougall (Vox/Guitars), Dominic O’Dair (Guitars), Maxim Barron (Bass/Vox), Alejandra Diez (Synthesizers/Modulation) and Charlie Salvidge (Drums/Vox). TOY’s musical influences incorporate a wide range of genres including punk, psychedelia, krautrock, post rock to name a few and they explore experimental recording techniques in the studio.
Their debut album was released in September and they are due to embark on a headline tour of the UK in October - culminating in a show at London's Heaven.