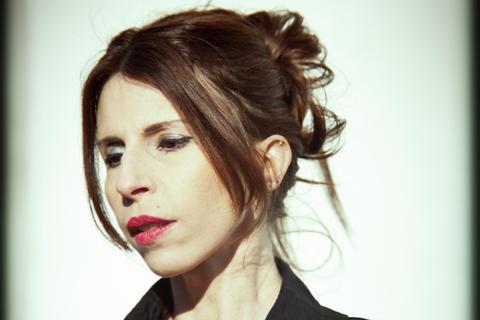 L’Ancolie grows in the gardens of melancholy. In Morin Heights in the great Canadian outdoors, you can find its red and yellow flowers. It is at Morin Heights in August 2010 that Fredda’s album fully bloomed as an ode to the landscape, the light and her melancolic wanderings.
2010 is the year of encounters for Fredda. First, Marianne Dissard, the chanteuse from Tucson, Arizona, with whom Fredda co-writes “Morin Heights” and “Journal Intime”. Then Fredda asks Yvan Hio, already her collaborator on the previous album, for a song, the contemplative “Fleur d’Ennui”. Finally, there is Bastien Lallemant whose dark and delicate ambiances she enjoys and to whom she entrusts the writing of a song with a single constraint, its name: “L’Ancolie”.
A year of encounters but also one that sees Fredda performing from bars to atypical venues (Bastien’s “acoustic naps”) and even in New York at the Museum of Modern Art MOMA. Fredda’s sound and her universe take shape: acoustic blues, beat-up folk, accessible and original chanson.
In her home-studio, with her musician friends, Mocke (Holden), Stephen Harrison (Sons of Desert), Jacques Tellitocci and Pascal Parisot, with Jean‐Baptiste Brunhes engineering, Fredda succeeds in capturing these impromptu musical moments.
Producer Alain Cluzeau (ACOUSTI studios) puts the finishing touches to this story with a beautifully simple sound.
L’Ancolie. A simple and elegant album with a charm that could seem old-fashioned but is actually the charm of a woman sure of her romantic taste. With melodies as memorable as the “Train Song” of Vashti Bunyan; with songs where time, as Tom Waits says, “is not a straight line, not a road that takes you further and further away from things...”.
Fredda has released two albums. Her first, “Toutes Mes Aventures”, came out in 2007 in France, Europe and the US through German label Le Pop Musik. Her second, “Marshmallow Paradise”, was released in 2009 through Microsillon and in partnership with Les Zéphémères Festival. Fredda is also the singer of the 1960‘s covers band Radiomatic in duet with Pascal Parisot. She has also won the 3rd “Printemps des Poètes” whose president is Matthieu Chédid.