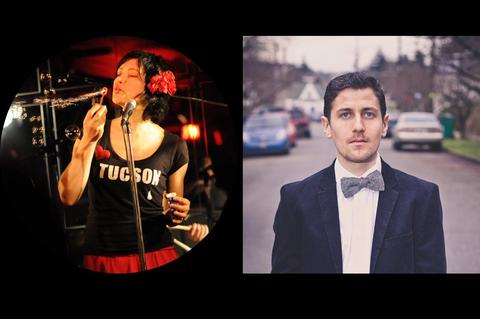 Listen to Doll Circa

Marianne and Budo will premiere their live set at SXSW 2013 on Wednesday March 13th (midnight) at Brass House (115 San Jacinto).

Marianne Dissard is a French-born, Tucson-based lyricist and singer. As a singer, filmmaker, lyricist and producer, she has collaborated with Calexico's Joey Burns, Naïm Amor, Howe Gelb and Giant Sand, chanteuses Françoiz Breut and Fredda, producer BK-One, choreographer Ami Garmon and many more.

Budo is Josh Karp, a Seattle-born and -based multi-instrumentalist, composer, recording artist, producer, and touring musician. In addition to his work with Grieves, Budo has begun developing a dynamic catalog of production and solo-composition credits, including work with the Cunninlynguists, Mr. Lif, Brother Ali, Slug (of Atmosphere), Macklemore, and many more.