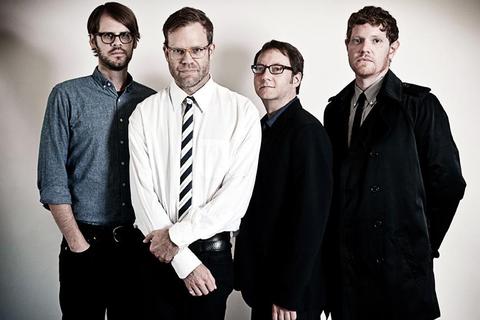 Josh Haden, son of bass-playing jazz great Charlie Haden, founded Spain in Los Angeles in 1993. Their debut, The Blue Moods Of Spain, was released on Restless Records in 1995.  Born from the same L.A. alternative rock scene in the early 1990s that gave rise to Beck, Weezer, and that dog., Spain’s music was a response to the then-current inundation of loud, aggressive guitar rock. With Blue Moods, Spain became aligned with the “slowcore” subgenre along with bands like Low and Red House Painters, but their sound drew equally from West Coast jazz, rhythm and blues, country and '60s soul.  The Blue Moods Of Spain garnered the band a devoted cult following and they toured the U.S., Europe, and Australia. They performed on French TV, and opened for Cocteau Twins during their final U.S. tour.

In the mid-late 1990s, several songs from Blue Moods were featured in different films and TV shows. Film director Wim Wenders commissioned the band to write a song for his film End Of Violence. Spain’s song “Spiritual” was recorded by Johnny Cash on his Grammy-winning, Rick Rubin-produced Unchained, and by Charlie Haden and Pat Metheny on their Grammy-winning Beyond The Missouri Sky.
Spain’s 1999 sophomore CD, She Haunts My Dreams, found the band headlining large venues across Europe. A song from the album, “Our Love Is Gonna Live Forever,” was featured prominently in an episode of the HBO series Six Feet Under.

The third CD, I Believe, was released in 2001, after which Haden took an extended break from the band. Restless Records released Spirituals: The Best Of Spain in 2003, signaling the apparent end of Spain.

In 1999, Haden had worked with producer Dan the Automator (Gorillaz) on the Handsome Boy Modeling School record So… How’s Your Girl? lending vocals to the track “Sunshine,” a duet with Sean Lennon. This led to Josh’s subsequent touring with Handsome Boy in 2005-2006, and to his solo CD Devoted (2006), produced by Dan the Automator for Dreamworks Records (later released on Haden’s own Diamond Soul Recordings). In 2007, Josh decided to halt this solo career and reform Spain with all-new members.

This past May saw the release of their first full-length album of new material in over ten years, The Soul Of Spain, and they’ve hit the road again, recently playing shows in Europe and returning to the States for concerts in celebration of their new album. Omnivore Recordings, a vinyl reissue label based in Los Angeles, has announced that they will be releasing all three of Spain’s previous records on limited edition colored vinyl in August 2012.