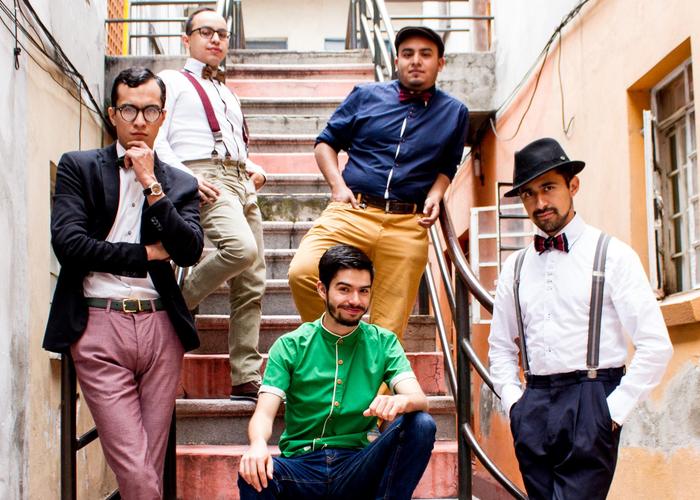 Los Viernes Swing Band Has its own way of seeing and making rock and roll. They’ve been producing music since 2006, when their first E.P was released, now after two L.P. discs and a lot of live shows, they’re presenting their new production, which already has two singles in diverse communication media . Lvsb’s music goes from sharing intimate moments and tales of love remembered, to a dance and party invitation, with the city streets as scenario and the essence of swing all around. It is a gather- ing between rithm & blues, boogie, gypsy, bolero and many other popular styles with a jazz ori- ented structure.

It all started with a series of meetings that ended with the consolidation of the band and the re- lease of their first album in 2009.
They’ve always played their own repertoire with original compositions that reflect the different situations in which the members of the band are involved, in addition to some of their favorite songs which have been adapted to their particular and unique style.

The show at Half Step on Friday, March 18