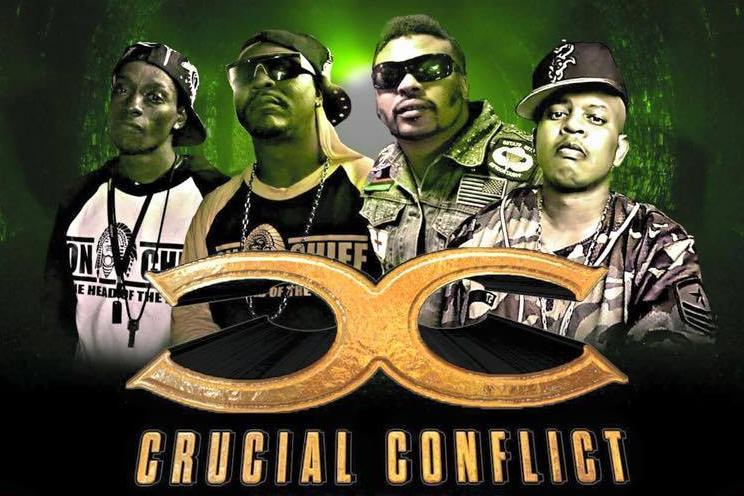 Crucial Conflict is a Chicago hip hop group best known for its 1996 single "Hay" (from the album The Final Tic) and "Scummy" (from the album Good Side, Bad Side). The members of Crucial Conflict are Coldhard, Wildstyle, Kilo, and Never. They frequently collaborate with fellow Chicago rappers Do or Die and Twista. They recently finished their album Planet Crucon, with their newest single, "Barn Fire".
Crucial Conflict, with the help of Do or Die, made the Chicago rap community more visible. With fast-paced raps, the band was compared to Bone Thugs-n-Harmony, with whom they later ended up feuding. When the hit "Hay" was released, it improved the sales of the band's album The Final Tic.

The show at Trinity Hall @ Old School on Saturday, March 21