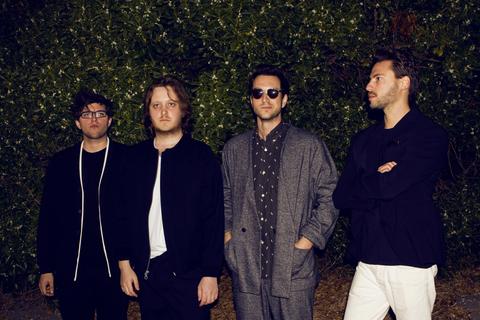 Drawing inspiration from 70s disco, 80s New Wave and 90s indie rock, Moscow's Pompeya creates unabashed pop music. The group's weaves vibrant harmonies, melodic synth lines, and punchy guitar riffs to create a sound copmared favorably to that of Holy Ghost! and Cut Copy. Their debut Tropical quickly earned the band substaintial popularity in their home country, which they supported with extensive touring throughout Eastern Europe. The US-label reissued their debut in November 2012, which was paired with a US touring debut. Tropical Remixes is the group's most recent release, which as the title implies, is a collection of remixes from the likes of Jimmy Edgar, Fred Falke, Felix da Housecat and Psychemagik, to name a few. 2014 will see the band's SXSW debut, full US tour, and new release Night EP, the first single of which is “Satellite.”