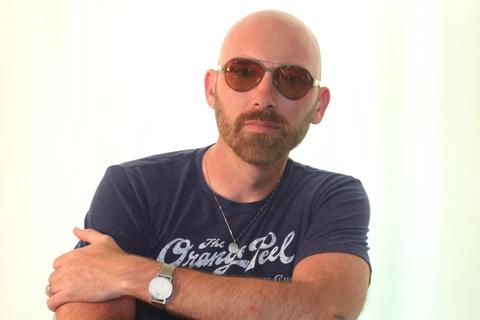 In today’s country music climate, there is an abundance of artists and songwriters champing at the bit to tell you just how “country” they are. But none represents the genuine rural lifestyle quite like Corey Smith. Born and raised in the bucolic town of Jefferson, Ga., just a few miles northwest of the musical hotbed of Athens, Corey has carved out a successful career by writing and singing not about the idealized country imagery of trucks and bonfires, but by depicting truthfully the experience of growing up far from big-city sidewalks.
“Country music is all those things that art is supposed to be. It’s populist, it’s infectious and, most importantly, it’s about people,” says Corey. “So country music should be about artists holding a mirror back to themselves to reflect what they’re experiencing in their own little towns.”
Clearly, country fans feel the same way. Corey has amassed an unfailingly devout fan base, not only in his native Southeast region, but all around the nation, simply by telling it the way it is. He has released seven studio albums—including 2011’s Top 20 release The Broken Record—all written and produced by Corey himself. And his concerts, documented on last year’s live release, Live in Chattanooga, regularly sell out, with audiences singing along to such fan favorites as the coming-of-age anthem “Twenty-One,” the nostalgic time warp “If I Could Do It Again” and the group hug “I Love Everyone.”

Now, however, Corey is set on reaching even more people. For the first time, he’s teamed up with a producer—Keith Stegall, best known for his work with the likeminded Zac Brown Band and country icon Alan Jackson—and has recorded his most universal song yet, “Ain’t Going Out Tonight.” Set to appear on Corey’s upcoming ninth album, the breezy jam is, on the surface, an ode to staying home with the one you love, but it’s also about settling down and making sacrifices.
“To me, ‘Ain’t Going Out Tonight’ is a perfect way to begin introducing the record, because it’s about making changes,” says Corey, who in addition to working with Stegall has updated his ace touring band. “I’ve made a lot of changes in the past few months, but necessary changes so that I can still be the artist that I’ve wanted to be.”
An artist who maintains a unique voice while still honoring the tenets of his cherished genre, one that his grandmother helped introduce him to.
“There’s more than one way to skin a cat in country music,” Corey says with a smile. “What makes me different is that I write all these songs, and I write from the heart and live all these songs. But I want to be a part of the country music establishment. Whenever I visit the Country Music Hall of Fame when I’m in Nashville, I leave there feeling really inspired. This is what I’m a part of, and I want to make my mark.”