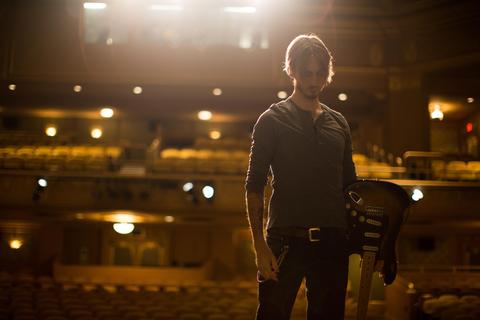 The legendary Son House (1902-1988) was known to say “Blues is a feelin’”. Eli Cook’s music expresses that same raw honesty in a unique blend of contemporary and old-school styles, creating an original sound at the fore-front of modern Blues and Rock.

Eli took up the guitar as a teenager in the Blue Ridge foothills of Virginia. Following the tradition of the great blues men, he performed in churches and late-night gospel revivals with only his acoustic and deep baritone voice, while playing every hole-in-the-wall bar that could handle his electric power trio. Blending the influences of John Lee Hooker, Muddy Waters, Fred MacDowell, Bukka White and Lightning Hopkins with the likes of Clutch, Soundgarden, C.O.C, and Rage against the Machine, he forged a fresh sound, alive with the southern blues tradition.

Eli recorded and released his first two albums between 2004 and 2007: the all-acoustic, original-roots album “Miss Blues’ Child” on the Sledgehammer Blues label, and a heavy blues-rock release “ElectricHolyFireWater”. During this time he was invited to open for B.B. King on King's east coast tour. Since then, Eli has shared the stage with Johnny Winter, Robert Cray, Parliament-Funkadellic, Gary Clark JR, Roomful of Blues and many others. In 2008, Eli released his third self-produced album, “Static in the Blood", a modern R&B/Rock crossover project featuring ornate experimental studio production. The follow up album, “Ace Jack & King", a return to roots-blues and heavy guitars, received critical acclaim. The All Music Guide proclaimed that Eli could be “the best blues singer of his generation.”