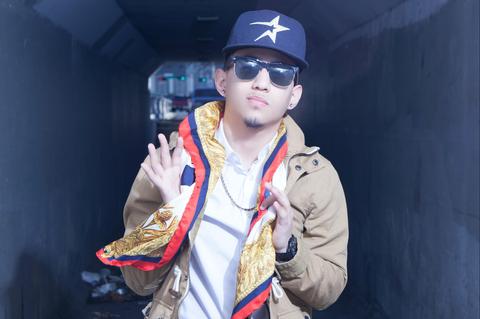 For those that don’t know, Kleva is one of Houston HipHop’s next promising generation of emcees. The aggressive 21 year old MC brings an impressive balance of smoothness, toughness, and Houston Swag. His latest visual and single “Coke and A Taco”, produced by Money Moss, was quoted as an ode to the working classes and to individuals that continue to grind their way up to pursue their dreams through dedication, hard work, and relentless effort.

"Coke & Taco was written for myself. I took it more as a conversation I would have with myself on a day-to-day basis. It contains some of the feelings I struggle with dealing with the obstacles in my life. So it was kinda like a pep talk with myself, if you may. As an artist, I want to inspire. As a homie, I want to put on for mine. As a college kid, I want to enjoy my life and have fun. I'm just searching for the balance.”, explains Kleva.
Kleva, aka Kleva De’La Nawf, debuted his new mixtape series last winter, De’La Nawf Vol. 1 0.5: Day of the Dead, mixed by Rapid Ric, on datpiff.com.

Kleva comes with something new, a different mix, like mixing orange juice and Old English Malt Liquor, you’re going to get mind-blowing lyricism and unprecedented cleverness, but you’re also going to get a mix of fun, loud, bumpin', street music.

Kleva is also getting attention with his feature on the video for the track, “Bang Bang”, where he appears with his fellow label mate, Aye Yo Smiley and his Htown entourage. The duo makes their TV debut with both guns blazing in the video release, which premiered on Mun2, the nations #1 Hispanic cable music network, followed by the video being listed on the WorldStarHipHop.com front page.

Coming out of northside of Houston, Kleva was born to Mexican-American parents in the Aldine Mail Route area and started rapping at the very young age of 8. He was influenced early as he watched his older brother tour the country during his pursuit of the rap game. He was also influenced by his brother's crew, Hardheads, who felt like a second family to him. Kleva took his career in music a step further at age 14 when he started dropping his own mixtapes and finally started to develop his sound. His upbringing heavily influenced his style, but don’t let this MC make you think his criminal minded lyrics are the extent of his intellecutual abilities. He is also in pursuit of his bachelors degree at University of Texas in Austin, TX, also reppin’ Omega Delta Phi.

“Hey, I just want to make money to pay off my student loans. Ha! I wanna put on for my people. If you can relate to me in anyway, whether that be that we lived on the same street or we’re the same ethnicity or maybe you sat in a class with me once, then you my people. I came to the conclusion that I love to entertain, perform, and create. I have respect for all artists of every kind. I always say it's dope to be able to create something from scratch and bestow it upon the world. It would have never been there if it wasn’t for you. Be proud of that. Even if it is just an aluminum foil swan you made at Freebirds. Nah, but fa real, the little niggas in the hood influence me. I know their struggle, me and my niggas were them. I want them to look at me and be like, “Kleva use to stay right there off of AMR and Fern Meadow and he did it. I can do it too.” Whether it be me being in college or they see me tryna do my thing with this rap shit. They influence me. Whatever you wanna do, do it. Everybody gonna tell you 'no' except yourself, so if you sittin’ there doubtin’ yo shit, you already lost. I wanna kick down barriers and tell my own story, unfiltered and raw.“