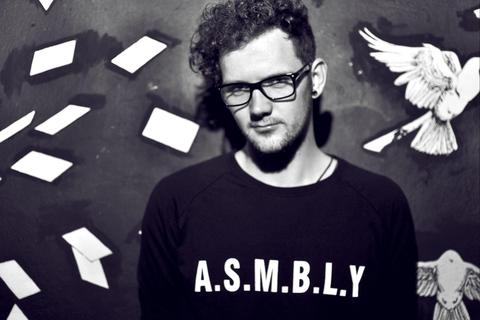 “The Kite String Tangle has been one of those huge blow-out acts of 2013. Drawing comparisons to the rapid grow of artists such as Vance Joy and Flume, there is no doubt that Danny Harley is on the same trajectory. – Huw Nolan, The Ripe

Following support tours with MS MR, Gold Panda, and RUFUS, Danny Harley, aka The Kite String Tangle has just completed his first headline tour of Australia which was entirely SOLD OUT!  Following the success of his breakthrough single ‘Given The Chance’ – which has been climbing the ARIA, iTunes & Hype Machine charts, Danny Harley is heading out to showcase upcoming tracks from his soon to be released EP.

Lead single ‘Given The Chance‘ has received coverage on just about every reputable online music publication and has had strong support from Triple J. To add to this, the song has amassed over 600,000 soundcloud plays thus far.

Having recently inked an international management deal and booking agent, this Brisbane based producer, singer and songwriter has established him self as one to watch both online and on the stage.
Highly regarded on tastemaker blogs from all over the world, an extensive background in composition and production has resulted in a captivating arrangement of handcrafted electronic textures and contorted organic samples.

"Another excellent Australian electronic act, one who’s definitely worth the niche he’s quickly carving out for himself" - Hugh McClure, Indie Shuffle

"Grabbed my attention straight away - dreamy and dancey all at once"- Hannah Wickes, Triple J

"A sound, vibe and atmosphere sitting comfortably within the realms of How To Dress Well and Active Child" - Jez Ry, Acid Stag