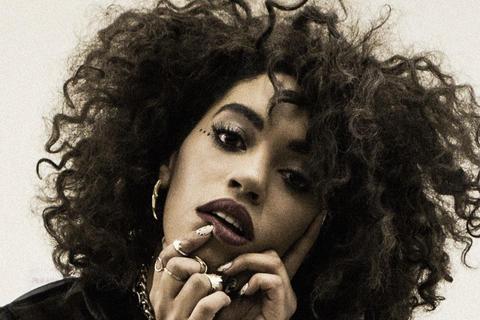 If you ask Jetta to describe her music, the response proves quite a propos.
"It's like a roller coaster," she proclaims. "It's got all of the ups and downs and bits in between. It's based on adrenaline and energy."
That adrenaline fuels everything that the 23-year-old Liverpool-born and London-based singer and songwriter does. She also began harnessing it at a very young age as the daughter of not one but two musicians—her mother sang in a female acapella group, while her father worked as a sound engineer.
Whether Jetta was at home in the living room watching mum and friends sing harmonies or hanging out in the studio with pops, she remained totally submersed in music. Her dad turned her on to the likes of Mark Bolan, David Bowie, and The Police, while her mother introduced her to the storytelling and songwriting prowess of Joni Mitchell, Annie Lennox, and Tracy Chapman. Via her friends, she discovered Destiny's Child and The Streets. In high school, she decided it was her turn.
"When I was 16-years-old, my mum got me a laptop with the recording program Logic," she recalls. "I spent the rest of the summer locked in my room writing songs and producing like a true recluse!"
However, when she took the stage at the end of that summer, everything clicked. Her first gig at a Liverpool dive bar enchanted an entire room of onlookers including an instructor from the Liverpool Music School. He went on to introduce Jetta to Paloma Faith's tour manager, and she spent the next two years singing backup for the English star.
"Paloma was really lovely to work with," Jetta goes on. "She was very creative and she controlled her own vision—from the music to lighting to performance. She also taught me how to walk in seven-inch heels and dance in them. I consider myself to be fearless now that I have that skill."
Moving to London, she went to perform backup for the legendary Cee Lo Green, all the while penning her own music feverishly. In 2012, she released a stunning independently produced video for "Start A Riot", and its feverish hum caught the attention of several major labels on both sides of the Atlantic, leading to her first record deals with LAVA/Republic Records in the United States and Polydor in the UK.
"Start A Riot" serves as the clarion call for her stateside debut EP of the same name. Fusing bold guitars and the singer's soulful wail, its effect is nothing short of divinely riotous. "The song is inspired by a pack of friends I had when I was a teenager," she reveals. "It's the memory of us running into the night. We were running from the bad things/problems in our lives, but we were doing it together, so we felt free and fearless. I don't see, or speak to, any of them anymore and the feeling of missing them - the loss - made my heart ache. Then I realised I could take my memories with me, and run with my fears."
The EP, produced by Jim Eliot [Ellie Goulding, M.I.A.], combines elements of shimmering soul, pop flavor, and unabashed rock & roll energy. It nods to her myriad influences, while paving a decidedly fresh path. Her music continues stirring up buzz around the globe.
"Feels Like Coming Home" was chosen as the soundtrack for Google Zeitgeist's worldwide ad campaign, which has amassed over 28 million views on YouTube. Meanwhile, MTV, Billboard, and NME have been early champions of Jetta. iTunes chose "Start A Riot" as its "Single of the Week" as well as their inaugural New Artist 2014 promo campaign. Everything is leading up to the release of her 2014 full-length debut for LAVA and Republic Records.
Jetta wants everybody to join in on this Riot. "It all comes back to this," she concludes. "Don't think about anything. Feel and be first. Think later. There are no rules. Get lost in the moment."
Lose yourself in Jetta's music now.