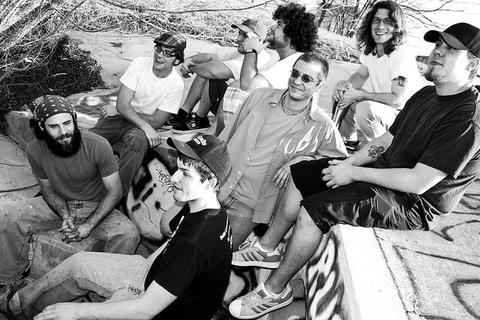 Hailing from Lake Charles, Louisiana and now based out of Austin, Texas, Ashes of Babylon is an eight-piece original reggae band. With a sound that is self-described as Louisiana Reggae, Ashes of Babylon also incorporates elements of rock, funk, soul, hip-hop, and R&B. Boasting four songwriters with unique perspectives on life and music, you'll find that the band's live shows are kept fresh by their members' abilities to change instruments and revise their own compositions on the fly. Formed in August of 2006, AoB has performed all over the south from Austin, Texas to Columbus, Georgia. The band prides itself on its performance, believing that a solid live show should be the cornerstone for their success.

Since its inception, Ashes of Babylon has also cut three studio albums and amassed a catalog of over 50 original songs. Their first album, Revolutionary Roots, was self-produced and released in November of 2008. The feeling of this album was envisioned to give an authentic picture of the band's live performance. Day to Day Living was released in July of 2011 and started out in the top 30 on the iTunes charts. Their 3rd album, World on Fire (EP) was released in December 2013 and debuted at #2 on the iTunes Reggae charts; however, all three of their albums have been met with much critical success within the Reggae genre. All three of Ashes of Babylon's albums are available for purchase on iTunes and CD Baby and Amazon, they can be found streaming online at Spotify, Pandora Radio, LastFM, and ReverbNation.