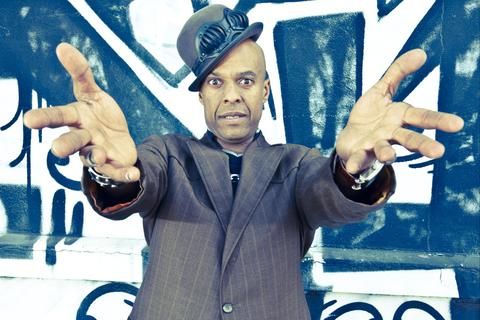 Angelo Moore is a singer and performer who hardly needs an introduction. Through his legendary band Fishbone, Angelo has influenced and defined a musical style and performance ability that has crossed generations and genres. Angelo recently joined forces with Bay Area artist/musician Kris Jensen in his musical collaboration, The Brand New Step. With the help of producer duo, the Rondo Brothers (Foster The People, Galactic, Loquat, Diegos Umbrella) Angelo is redefining himself and proving his chops with The Brand New Step project. The music is conscious, catchy and beat-oriented, reminiscent of the soul of Gnarls Barkley, the groove of the Gorillaz, and the reggae rock of the Clash. The songs origins are simple but inspired with a multitude of guest musicians.