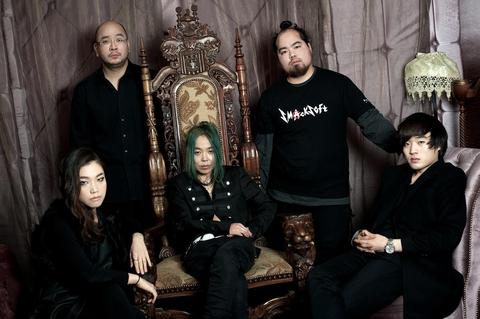 Listen to It Is You & Me

Widely recognized as one of the top acts in Korean rock music, Seoul’s Smacksoft craft a fantastic, densely-layered hybrid sound of post-punk, rock, and electronica. Frontwoman Bo Ryung Whang has been at the forefront of the country’s underground scene since debuting with 1998’s Cat with Three Ears. Releasing the album under her own name, she formed Smacksoft shortly after issuing her second solo album, 2001’s Sun Sign. Touring in support of Sun Sign as Smacksoft, in 2002 the band showcased the offering at gigs throughout Korea and Japan. Shortly after that, Smacksoft went on hiatus as Whang took time off to travel and focus on her education.

Smacksoft made their return to Korea’s music scene in 2007. The act issued their 2.5 EP in 2008 and a full-length album titled Shines in the Dark in 2009. Both efforts were highly praised by Korean critics, with the latter disc earning a nomination for “Best Modern Rock Album” at the 2010 Korean Music Awards. It was also ranked #45 on 100Beat.com's 100 best Korean CDs of the 2000s. Smacksoft’s 2010 Mana Wind effort netted the group more accolades, including album of the year honors from several Korean magazines and popular Korean web portals Naver and Daum.

In early 2011, Smacksoft was selected as one of the “Top 57 new bands for 2011,” by the UK music /pop-culture website Louder than War. That spring, the band were handpicked by MGMT to open their Seoul concert. As the year progressed, Smacksoft also performed at numerous large-scale Korean festivals including the Incheon Pentaport Rock Festival, Green Plugged Festival, and the World DJ Festival.

The band embarked on a North American tour in the fall of 2012 to play shows in Mexico and the United States. In November of 2012, they released their fifth record, Follow Your Heart. Smacksoft earned a nomination for “Best Modern Rock Album” for Follow Your Heart at the 2013 Korean Music Awards.

On February 27, 2014, band leader Bo Ryung Whang will be releasing a new seven-song solo EP called “As if Nothing Ever Happened.” In mid-March, Smacksoft will be returning to the US to perform at SXSW. April will see the band playing their first European concert during an appearance at the CinemAsia Film Festival in Amsterdam, Netherlands. The group hope to release their sixth full-length album in June.

“The strong base of Whang’s whispered voice set against the elongated notes of the bass, guitar or synth, create a siren-like magnetic appeal. Each chord, key or beat is perfectly set to maximize its effect; compositional simplicity allowing the rhythms to pulse forward.” – The Korea Times

"…blends electronic trance sounds with postpunk and alternative undercurrents. Whang’s raspy, warm voice drips a mature angst that sides with a fervency that is honest and raw …” – Eloquence