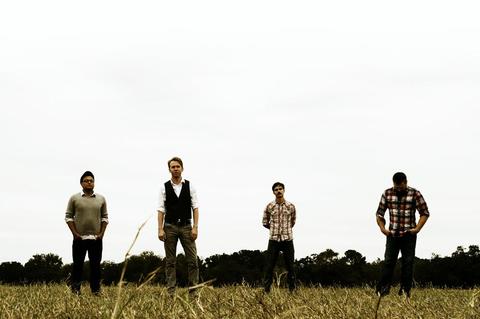 Established in 2011, founded by Dustin Doering, Jonathan Baugh, Justin Green and Tito Sopena, O Conqueror can best be described as "tender," "introspective," and "packed with emotion."

O Conqueror has been said to sound like a mix of Radiohead, Quiet Company, Death Cab For Cutie, Coldplay, and The Shins.

O Conqueror is already on the rise as an emerging indie artist in the Austin music scene. In early 2012 O Conqueror had their FM radio debut on Austin's KGSR only months after forming, followed by KLBJ shortly after. Their live debut was at Austin's Pecan Street Festival in May 2012.

O Conqueror was invited by The Toadies and Kirtland Records to play the fifth annual Dia De Los Toadies at Whitewater Amphitheater in September 2012.

Their stop motion music video for "Fake Love" was filmed by Christophe Thockler in Paris, France. Released in November of 2013 and hit 40,000 views in less then 3 months and received international acclaim. Music streaming giant Grooveshark featured the video on their home page along with many other websites around the world, helping O Conqueror reach new fans in new markets.

2014 looks to be a promising year for the band with the up coming release of their sophomore album in the works with producer Bryan Ray. With another showing at SXSW in March for the second year running, O Conqueror is sure to keep growing and fast!