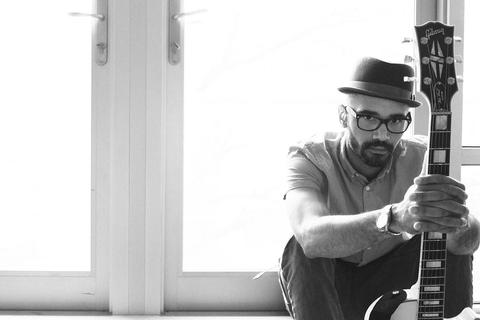 My name is Ben Kenney. I was born into a musical family in New Jersey. My parents were not musicians, but given the opportunity I think they could have been. Growing up, my two brothers and I played music with our neighbors and cousins in our basement just about every weekend. I never thought much of it until later in life when I realized most kids’ parents had no interest in opening their home to late night teenage jam sessions all summer long… but my folks were into it. Everyone I grew up with could kick a beat or hold down a bass line. During my teenage years, I found refuge in playing music. Like any other kid, fitting in was hard enough without having some sort of escape and I found my escape in the basement.

As time went on I joined bands and made recordings. It became clearer that music would be the centerpiece of my life. At 21 years old I moved to Philadelphia with two band mates and that's where the revolution began. I started playing with everyone I could. I worked in studios as an engineer and an instrumentalist. Reggae, metal, folk, hip-hop, everything that came my way was an open invitation to expand my vocabulary. Eventually this led to playing bass for a concert series that The Roots were doing in New York called "Black Lily". It might be premature to say the revolution began when I moved to Philly, but it would be most accurate to say my formal education began the moment I came into The Roots’ orbit. To say it was an amazing time would be the ultimate understatement. In the blink of an eye I was in a community of eager, relentless artists….amazing singers, musicians, poets, photographers, painters, straight up hustlers and die-hard music critics surrounded me every day… and at the heart of it were The Roots and their manager, Rich Nichols. They turned their success into an artistic nursery for half the city of Philadelphia, and by good timing and luck I was along for the ride.

Eventually I ended up in the studio with Questlove and it sparked something inside of me. Up until then, I had never met anyone with such a complete vision of the music and the energy to get it done. I knew I wanted to be on that level. A few days later he told me to grab my guitar and come to Boston with the band. Somewhere over the course of that night, I became a member of The Roots. The next few years were a nonstop adventure with touring and recording. Along the way I got to perform and record with producers and artists that had been living in my CD collection for years. We toured with everyone from Outkast to Incubus and I was getting my education every night, trying to keep up with Questlove and Black Thought.

One day in early 2003 Mike Einziger from Incubus asked me to come play a show with him in LA. At that time in my life, this wasn't something out of the ordinary, but I had no idea how much my life was about to change from that one phone call. We were preparing for the show when Mike informed me Incubus had parted ways with their bassist of 12 years and I was the guy who got the call. I was in shock. I knew this would change everything. I was terrified. I asked my dad what I should do. He told me to take hold of the opportunity and everything will fall into its right place. I asked Tariq (Black Thought) and he told me I would be perfect in Incubus. Finally, I asked Ahmir (Questlove). This was the hardest part because he took me under his wing and had confidence in me when I couldn't find it myself. He invested in me. He gave me his blessings and encouraged me to begin the journey of a lifetime.

A few weeks later I was in a house on top of a mountain overlooking Malibu writing "A Crow Left Of The Murder" with one of the greatest rock bands in the world. Time flew by and my education hadn't slowed down a bit. Working within Incubus I saw the same fire that burns inside Ahmir raging inside of Mike Einziger. I watched Brandon Boyd effortlessly soar above the songs with words and a voice as clear as a bell. I leaned against Jose Pasillas's endless stream of spiraling rhythms and was baffled by Chris Kilmore's sonic landscaping. This definitely fueled the fire inside of me.

With that fire burning day and night, I continued writing songs for myself.
Eventually forming into a bunch of solo albums. Incubus took time off in 2008 and I knew it was time to bring my music to the stage. With my brother from another mother, Ashley Mendel, and the incomparable Sekou Lumumba I set sail and began preaching my own gospel. Just like the world keeps spinning, my education raced onward.

So here I am in 2013, many lifetimes away from the teenager playing Sick Of It All songs in the basement with my buddy, Jimmie. Older and bit weathered by broken hearts and the inevitable stress of growing up, the fire still burns and the story keeps going. I live in New York City now and Incubus is taking another break so I've taken the time to record another album called "Leave On Your Makeup" and it's the music that this journey has inspired me to make in this moment. Dirty, jumpy and loaded with signs of my own attention deficit disorder it reflects the kid that has been finding his voice while still in the gravitational pull of bright massive stars whose fire has brought light to the universe for years. Or maybe I'm just a kid from Jersey who got lucky and wants to make jams. Either way there is no wrong or right, only forward. - Ben