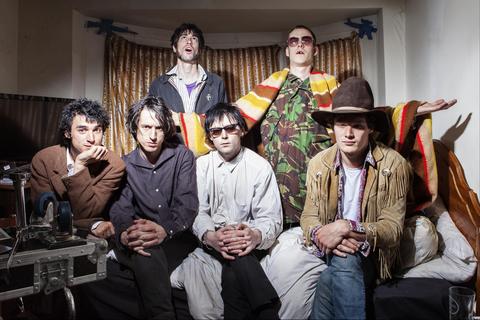 Fat White Family formed in South London in 2011 when brothers Lias and Nathan Saudi threw in their lot with Saul Adamczewski. Joined later by Adam Harmer, Dan Lyons and Joe Pancucci, they became recognised as the most exciting live band in London.

Their slow, grimy ascent to national recognition started at the Queen's Head in Brixton where their monthly club night, Slide In, began to attract increasing numbers. Debut album, Champagne Holocaust, was released in April 2013 to unexpected acclaim. The Quietus awarded it their alternative Mercury Prize, the Jovian Bow, while the NME said: "Raw-assed rabble rock as dark, deviant and disgusting as the '70s".

In November 2013 they toured across the UK for the first time on the NME Monster tour. While December 2013 saw them play their largest show to date at the 100 Club.