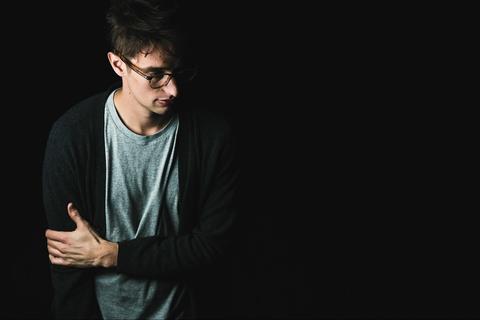 San Fermin is the work of Brooklyn composer and songwriter Ellis Ludwig-Leone. His self-titled debut album is strongly influenced by his unique background in classical music, which includes a job assisting composer/arranger Nico Muhly.
After finishing his musical studies at Yale, Ludwig-Leone wrote the album in six weeks while holed up in a studio on the mountainous border between Alberta and British Columbia. He focused on lifeʼs top-shelf issues – youth, nostalgia, anxiety, unrequited love – and tied these vast themes to different characters through vocal contributions from longtime friend Allen Tate, as well as Jess Wolfe and Holly Laessig of Lucius.
The first track released from the album, “Sonsick,” tackles many of these larger themes head-on. ”It’s like a panic attack disguised as a birthday party,” Ludwig-Leone says. ”I realized that the most intense moments are the ones in which conflicting emotional worlds exist inside you, equally, at once.”
San Fermin is not an album of singles but rather a sweeping, full-bodied listen with multiple distinct peaks and ambitious thematic connections. Ludwig-Leone composed all of the album’s arrangements and lyrics in full prior to collaborating and recording, noting that “writing for a large group of unknown musicians infused the writing process with a kind of operatic scope.
Since then, the band has coalesced into a core of eight members in addition to Ludwig-Leone: Allen Tate and Rae Cassidy, lead vocals; Rebekah Durham, vocals/violin; John Brandon, trumpet; Stephen Chen, saxophone; Tyler McDiarmid, guitar; and Mike Hanf, drums.
San Fermin is available now on CD, vinyl and digital outlets via Downtown Records. The name is pronounced [SAN fur-MEEN]