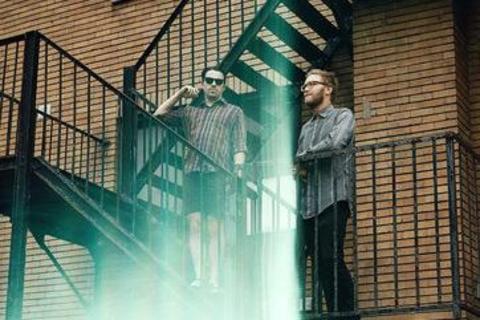 Montreal band Solids went to school with bands from the 90s, like Sonic Youth, Dinosaur Jr and Superchunk. Formed by Xavier Germain-Poitras (guitar) and Louis Guillemette (drums), the duo has understood that melody never shines as much as when it is forced to fight its way through many layers of distortion and feedback effects. A first EP released in 2010, Generic Dogs, already united fans of chaotic choruses under the banner of their intense rock. A 7” (Fog Friends b / w Blown Out) and a split 7” created with Toronto band Animal Faces have confirmed Solid’s reputation: a rare duo able to reconcile punks, rockers and metalheads. Blame Confusion, recorded by Adrian Popovitch at Mountain City Studio (We Are Wolves, Sam Roberts, The Dears, etc.), is the band’s first full-length album and will be available on October 8th.
Whether playing on stages of majors events such as South by Southwest, Osheaga, POP Montreal and The Fest (in Gainesville, Florida) or in some packed and humid decrepit basements, Xavier and Louis sweat blood because they don’t know any other way of making music. Solids is somehow a gift for all those who never feel as alive as when they’re submerged in decibels!