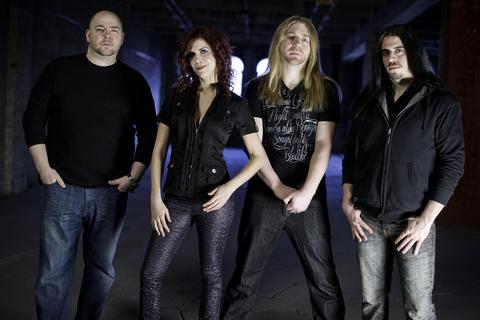 Listen to Symphony of Shadoows: V

A cello rock powerhouse featuring three cellists and a drummer, Cello Fury's original music combines the emotive and symphonic sounds of the cello with driving rock beats to create a cinematic, progressive rock sound. A rarity in the music world, Cello Fury appeals to a diverse audience throughout the US and abroad, performing in venues ranging from concert halls to rock clubs. Continually developing their own unique style of cello rock music, cellists Simon Cummings, Ben Muñoz and Nicole Myers along with drummer David Throckmorton unleash vitality and rhythmic drive in their music and dare to venture past classical expectations. Based in Pittsburgh, PA, Cello Fury has performed on radio and television, in rock clubs, concert halls, and music festivals, performing for audiences as large as 67,000 throughout 24 states and abroad. The band's sophomore album of original music, "Symphony of Shadows", was released in May 2013.