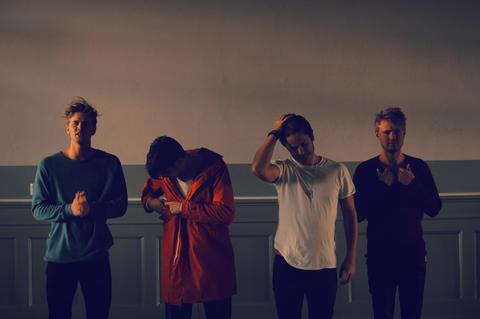 In a small studio, located in a trashy apartment complex in Southern California, just a few hundred meters from the pacific ocean – Marigold was born. Since the release of their debut album ”Vagabond”, in June 2011, the Swedish band has been performing at various established venues and tv-shows in Sweden and is now planning on launching themselves on the American and European market. The band is for example due to play at the South by Soutwest festival in March this year.

Marigold is bittersweet Californa-inspired pop with influences from the seventies and the early eighties´s Swedish progg and synth culture. Marigold has been said to remind the listener of Depeche Mode, Pet Shop Boys and Foster the People, they have also been referred to as timeless and geographically undeterminable. Regardless, this band will give the audience well produced pop in a complete live show.

Marigold is currently working on their next single which is to be released on the 26th of February. The band will also release an album in the late spring of 2014.