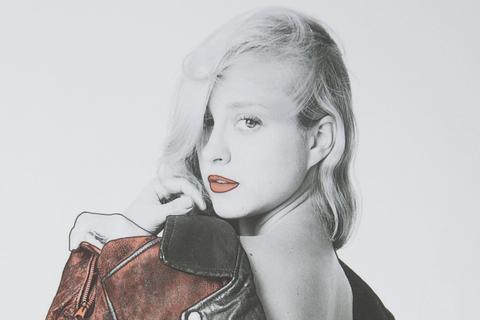 During the last few years Russian Red has become one of the most renowned artists in the Spanish music scene. Russian Red's singer, Lourdes Hernández, has an exceptional voice and an innate ability to communicate and captivate a variety of audiences.

She broke through the music scene in 2008 and became THE indie phenomenon with her debut album I Love Your Glasses (achieving a Gold record in Spain) and soon began performing on the main Spanish stages (Primavera Sound Festival, FIB, Jazzaldia, among many others), and reaching audiences in the USA, Mexico, Colombia, Venezuela, Argentina, Costa Rica, Germany, Holland, Belgium, etc.

In 2011 she released her second LP, Fuerteventura (with Sony Music) thus taking a big leap forward in her career. Produced by Tony Doogan (Belle & Sebastian, Mogwai, David Byrne, etc.) and recorded with Stevie Jackson, Bob Kildea and Richard Colburn from Belle & Sebastian, Fuerteventura debuted at #2 on the top-selling albums charts in Spain, where it stood for over 39 weeks, consolidating her position as one of the most outstanding and international Spanish artists. Russian Red rounded the year off taking home the MTV EMA Award as “Best Spanish Artist.”

Fuerteventura was not only a great success in Spain, but it also launched Russian Red onto the international scene, placing her in the international bands spectrum The album was released in 25 countries, selling over 40,000 copies. Lourdes played more than 120 shows around Europe and USA, Latin America and Asia (where she toured over 4 times), placing her tracks on top positions on local and international charts. She was the 4th international artist to record the MTV Asia Sessions, which was broadcasted in over 20 territories of the Asian region.

Her music has been included as part of commercials, TV series and movie soundtracks. She received a Goya Award nomination in the category of “Best Original Song” for her track in the film Habitación en Roma (2010) by Julio Medem and sung Disney Pixar´s Brave (2012) main sound track, among others.

Following Fuerteventura's great success, Lourdes moved to California to record the songs for her upcoming album. After several months working at the studio, Russian Red's brand new album, titled Agent Cooper, will be available in February 2014.

This third studio album was recorded at Sunset Studios, in Los Angeles, and it boasts some of the greatest professionals in the American music scene. Recorded and produced by Joe Chiccarelli, known for having worked with The White Stripes, The Strokes, Morrisey, My Morning Jacket, U2, The Shins, Brian Wilson, Beck and Mica, among others, the album features the collaboration of Mark Needhan (The Killers, Fleetwood Mac, Bloc Party, Blondie, Chris Isaak) who was in charge of the audio mixing, and Emily Lazar as the mastering engineer (Vampire Weekend, Björk, David Bowie, Lou Reed).

This work implies a major development in the sound and artistic maturity of Lourdes Hernández. It is another step forward in her musical career and the confirmation that Russian Red is a true international artist.