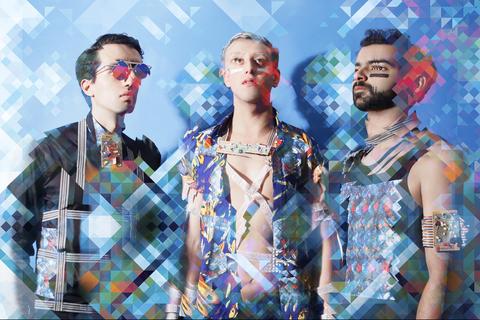 La Pulpa is a powerful trio that plays folk music from different regions of Colombia, injected with electronic beats and postmodern sounds. Since 2011, La Pulpa has performed in scene a powerful and exhilarating show that started using fruit as a motivation, to be later transformed into transgenic music: traditional music infected with technology, leading to a tremendous cyborg party.

La Pulpa releases the electricine in concert, an essence of dancing and partying, a shot of contagious and intense Colombian party. Hips go irrational and sweat flows from the bodies, the laser flashes explode and electrofolk sound reverberates across all guests from the tropidark dance.