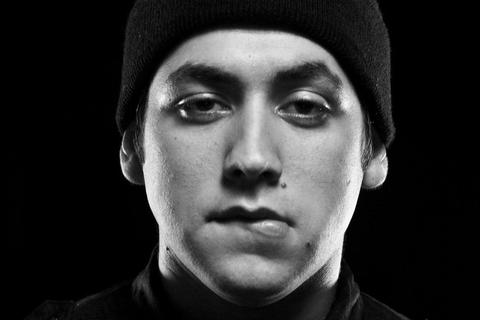 When you talk about making something out of nothing, you have to mention emerging R&B Singer/Songwriter Jonathas. The 24 year old Austin, TX Based - Rio De Janeiro Born crooner has quietly taken the R&B game by storm.

After Spending one month on a ship with his mother & 2 brothers,4 year old Jonathas landed in America. Houston, TX to be exact,and over the next 10 years, Jonathas would find himself moving backand forth from Houston to Austin. "IT WAS A GRIND BACK THEN" At one point Jonathas and his family lived in a car, where they ateleftovers from the customers his mother served at a local restaurant. It was during that time Jonathas spent most of his time listening/studying Music... watching movies, he quickly gained a lovefor the arts. "I GREW UP IMITATING... WANTING TO BE THE GREATS...USHER, BOYZ II MEN, GINUWINE... THESE PEOPLE TAUGHT ME ENGLISH"

It was while living in Houston, Jonathas discovered his gift, as he became one of the souths top voices; He would go on to lead his middle school choir to multiple UIL titles, as well as taking lead of his Church Choirby the age of 14. In Austin, at the age of 15 years old Jonathas began to mold his craft & put it in to motion; writing and recording his first full LP History In The Making.

Fast forward a few years later to the age of 24, and Jonathas has worked and performed alongside some of the best in Urban/R&B music today;Supporting acts like Ne-Yo, The Dream, Pleasure P, Lyfe Jennings,Hip-Hop/Rap legends Snoop Dogg & Bun B; as well as a long list of Texas favorites Slim Thug, Trae, Z-Ro, ESG, Paul Wall, Chamillionaire & Dorrough. Jonathas has also worked twice as hard behind the scenes;penning for a number of production teams such as Grammy Award Winning J.U.S.T.I.C.E. League, DJ Khaled's We The Best Producers The Renegades,& Atlanta hit maker KE.

Jonathas was featured as the only R&B act on the SXSW 'Best of Texas' Showcase.

Jonathas was featured on season 2 of NBC's The Voice as a member of Christina Aguilera's Team.

Jonathas raises the bar yet again, as he is set to release The Foreigner 3 (TF3) Hosted by DEF JAMs A&R VP Don Cannon this May.