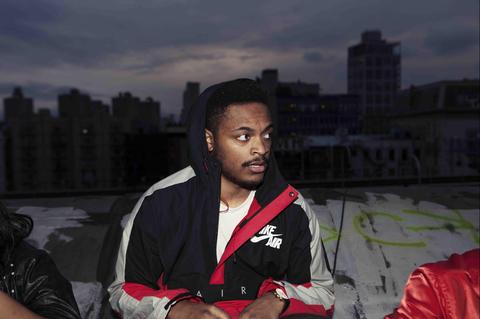 Lee Bannon is an experimental hip-hop producer from Sacramento, California. His work has spread along the vast hip hop scene, having produced Joey Bada$$, Ab-Soul, Souls of Mischief and others. In addition, Bannon has evolved his sound into traces of trance, jungle, and deep house music and establishing himself as one of the few producers able to navigate across all soundscapes.

After a series of collaborations and releases he delivered the Fantastic Plastic album in 2012 and earlier that year premiered his Caligula Theme Music with Spin Magazine. Bannon toured with Joey Bada$$ in 2012 and appeared on Jimmy Fallonalongside The Roots performing Joey's hit single "Waves". He produced the B side to that single titled "Enter The Void" with Ab-Soul. In addition to the Bada$$/ Lil B diss track "Don't Quit Your Day Job", he also produced a few songs on the Pro era compilation Peep the The aPROcalypse and had a heavy presence on Joey's follow up project Summer Knights.

In February 2013, he released a free 10-track project and follow-up to his Caligula Theme Music EP titled Caligula Theme Music 2.7.5 and a few months later, the calmer free EP Never/mind/the/darkness/of/it...Later that summer, the hard core jungle-influenced track "NW/WB" took the internet by storm and listed him on Spin Magazine's top 5 artist to watch that month. Freshly signed to legendary UK label Ninjatune, Bannon is ready to share his official debut album at the end of 2013.