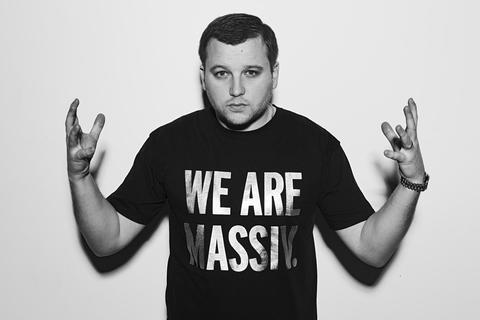 Today, Caspa is viewed globally as one of the key players in bass music. With a list of tour dates taking him to every corner of the globe he still finds time to run 3 labels. On top producing dancefloor bomb after dancefloor bomb his remix skills have seen him working closely with the very finest talents in electronic dance music, remixing the likes of Deadmau5, Miike Snow, Swedish House Mafia, Depeche Mode, Kid Sister, Katy B and Buraka Som Sistema to name just a few. He’s come a long way since he and Rusko mixed the 37th instalment of the legendary FabricLive series; the first commercially available dubstep compilation and a pivotal moment in dubstep history.

2009 saw Caspa take things to the next level with a series of high profile gigs & festival performances from Glastonbury and Global Gathering to sharing the main stage with Lily Allen and The Arctic Monkey's at Serbia's Exit Festival. 2009 also saw the release of the acclaimed album 'Everybody's Talking, Nobody's Listening'. Not content with rounding up the year with an epic US Tour, his huge remix of Hard by Breakage feat Newham Generals became Zane Lowe's hottest record in the world at Radio One and was almost immediately followed by his mix of Adam F and Horx featuring Redman 'Shut the Lights Off' – which on it's debut play was also crowned with the same honour.

2010 saw Caspa smash up the clubs with his Subscape collab 'Geordie Racer' and his remix of Ludacris' 'How Low Can You Go' – the first official dubstep remix of a major US rap-star. Equally his remix of 'One' by Swedish House Mafia has made major waves also. In the summer his epic My Style compilation hit the shops, while on the release front, 'Back for the First Time' got everyone talking, with support from Zane Lowe, Annie Mac and Mistajam and daytime and afternoon spins and an official playlist on radio 1. This instrumental then got a massive vocal topline from Mr Hudson to become 'Love Never Dies (Back for the First Time)'

The touring continued with a host of major festival dates in summer 2010 including hitting the main stage at Sonar just before the Chemical Brothers headline set and rocking Bestival, Global Gathering, SW4 and more in the U.K. On top of this, Caspa then played dates at Hardfest and the legendary Lollapalooza in the U.S. and that's not to mention dates in Ibiza, Germany, Australia/New Zealand and even India!

The first few months of 2011 were on studio lockdown and summer festival bookings included Glastonbury, Global Gathering and Creamfields in the UK, Primavera and Monegros festivals in Spain and B'estfest in Romania. 2011 ended for Caspa with Stereosonic in Australia and a massive US tour.
On top of working on his artist album, 2011 saw Caspa remixing the likes of Katy B's 'Easy Please Me' and Buraka Som Sistema's 'Hangover', tracks which dominated the airwaves and clubs alike. On the release front 2011 brought you 'Neck Snappah' , 'Fulham 2 Waterloo' and the his 'Not For The Playlist EP' (which includes 'Sir rock Alot', 'Champion Skank', 'It Is What It Is' and 'Hot Shoe Shuffle'). There's now a free Caspa app available for iPhone too.

2012 saw the incendiary first single from Caspa’s forthcoming artist album ‘Alpha Omega’ smashing up festival mosh pits and club soundsystems in multiple continents. ‘War’ featuring Keith Flint from The Prodigy is brave, bold and loud . It doesn’t sound like other dubstep records and that’s absolutely by design. Caspa isn’t like other dubstep DJ/producers. On the release front, 2012 also brought you “On It” featuring Atlanta based rap group Mighty High Coup, a track also heavily supported by the key taste makers at Radio 1. The summer saw Caspa hitting the European festival circuit once again which was followed with a major US tour (bringing 70,000 watts of PK Soundsystem to venues including Webster Hall, Avalon and Orange Peel) and Australian festival dates. After shows in Tokyo, Hong Kong, Bangkok, Shanghai and Singapore, Caspa ended the year supporting The Prodigy at all 3 of their Warriors Brixton shows.

2013 saw more releases including “Setting Sun” and “Mad Man” ft. Riko and the release of Caspa’s artist album ‘Alpha Omega’ in April. The Dub Police compilation ‘Past Present Future’ was released in November to critical acclaim. Add to that a heavy touring schedule including an Australia and USA Alpha Omega tour and many major festivals and shows around the world plus support slots on The Prodigy’s Warriors Dance December dates and it becomes clear that 2013 was a huge one for Caspa.

This year will see the release of the next instalment of Caspa’s Dubstep Sessions compilation on Newstate along with a string of other releases and tours scheduled throughout the year.

Big things happening for sure…..but what else would you expect from the dopest ghost in town?! ..