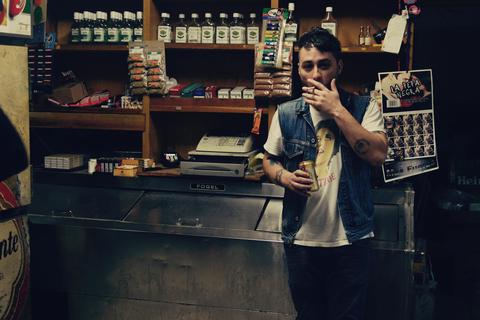 AJ Davila is known for being the founder of the acclaimed Puerto Rican garage rock band Davila 666, with whom he recorded two albums and toured the world. The band has been praised by Pitchfork for their “sheer anarchic energy, not to mention a formidable gift for language-transcending hooks.” In 2011, the band decided to take a break, but AJ kept moving, and began working on his own project. His debut solo album, ‘Terror Amor,’ which was released on February 18, 2014, has gotten major buzz from Pitchfork, Spin, VICE, NPR, CMJ, MTV Iggy, Brooklyn Vegan, KEXP, and more. ITunes featured AJ Davila’s “Lo Que No Sera” (featuring Alex Anwandter) as the Itunes Single of the Week, while NPR premiered the full album stream via ‘first listen.’

Though embarking on a solo project was initially intimidating, AJ Davila took advantage of the creative freedom and created “the soundtrack of your life and my life together.” It brings together the guitar-fuzz of ‘60s garage, the raw energy of 70’s punk and the irrepressibly catchy choruses of 80’s pop, a combination that Pitchfork described as “the balance between sweetness and distortion.”